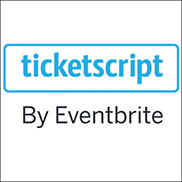 Ticketscript has sold tickets to more than 100,000 events in Europe, including massive events like Amnesia Ibiza and Love Family Park in Germany, as well as festivals like Amsterdam Dance Festival.

In 2016 alone, Ticketscript and Eventbrite’s combined European operations processed more than 35 million tickets worth over €500 million for nearly a million events.

Following the acquisition, around a quarter (23%) of Eventbrite’s global employees will work in Europe.

Ticketscript, founded in 2006, is headquartered in Amsterdam and is active in five European countries: the UK, Germany, the Netherlands, Spain and Belgium.

Frans Jonker, CEO of Ticketscript, who will join Eventbrite as GM for continental Europe, said: “We have been building significant market presence in Europe for ten years, with a focus on self-service ticketing for music events.

“We share Eventbrite’s passion for allowing event organisers to control their event marketing and ticketing, whilst retaining their end customer data.

Founded in San Francisco in 2006, Eventbrite opened its first international presence in London in 2011, and maintains offices in eight countries on four continents.

The company’s other European operations are in Ireland, Germany, and most recently the Netherlands.

Julia Hartz, CEO and Co-Founder of Eventbrite, said: “This acquisition supercharges Eventbrite’s footprint in Europe and brings ten additional years of traction in the music space and experience in European markets to our business.

“It perfectly aligns with our strategic vision to become the world’s leading marketplace for live experiences, and adds significant assets and technical power to our platform. We are looking forward to this new partnership combining the best solutions from both companies, and bringing them to our customers around the world.”

Eventbrite has processed $8bn in gross ticket sales since it was founded in 2006.