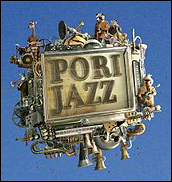 HELSINKI, Finland (CelebrityAccess MediaWire) — Music festivals across Finland have drawn record numbers this summer, benefiting from beautiful weather, a blooming economy, and a string of blockbuster acts touring the region.

Hundreds of thousands of fans have attended a variety of events, led by the Pori Jazz festival and the Savonlinna Opera Festival, both of which set new attendance records by attracting a combined audience of 220,000 spectators.

Tuomo Tirkkonen, managing director of Finland Festivals, a cooperative organization which runs principal cultural events in Finland, told the Helsingin Sanomat that this summer’s ticket sales have been “exceptionally good,” and that he is looking forward to final summer figures.

Tirkkonen pointed out the rapid advance bookings for tickets for the Tampere Theatre Festival and the Kuhmo Chamber Music Festival.

Substantial performance fees, such as those guaranteed for headliner Sting at Pori Jazz and Tarja Turunen at the Savonlinna Opera Festival, were somewhat damaging to the major events’ profitability, according to Tirkkonen, but the high attendance figures drawn by the acts are a definite help when hunting for sponsors the following year.

Savonlinna Opera Festival general director Jan Hultin said Turunen’s 3,000-capacity sell out at the Olavinlinna Castle led to the festival’s advance sell out, which will definitely help for next year.

Katja Leppäkoski, managing director of the Pori Jazz Festival, in turn, explained that this year’s success helped to cover last year’s losses, rather than just prepping for the future.

“The festival business is anything but reliable,” Leppäkowski explain to the paper. “There is no magic formula for a successful summer festival. If I knew what it was, I’d repeat it ever year.”

Folk music festivals in Finland suffered this year in the shadow of the major rock and classical festivals. The Rääkkylän Kihaus event pulled in only 9,000, while organizers hoped for upwards of 15,000.

Similarly, the Kaustinen Folk Music Festival, which normally draws around 100,000, sold only 85,000 tickets due to a line-up that many felt were lacking major headliners.

“Folk music is doing better than ever before, but the competition over people’s spare time is merciless,” Kaustinen managing director Pekka Leinonen explained.

Ideas for success for the future, however, looks to be major names equal major draw, which equals major success for Finnish festival season. –by CelebrityAccess Staff Writers