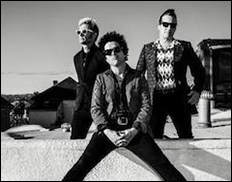 “We’re so sad to announce we have to postpone three shows and cancel Toronto,” a rep for the band said in a statement. “Many of us have been battling this infection for days on end to be ready, and it just got the best of us.”

The postponed dates include the Sept. 20th tour opener in St. Louis, as well as their shows in Chicago, and Detroit.

As of yet, no rescheduled dates have been announced. The band will not be rescheduling their gig in Toronto, which was due to take place at the World Cup of Hockey Fan Village.

Green Day will eventually be on the road in support of their upcoming 12th studio album, Revolution Radio, which will be released by Reprise Records on October 7th. – Staff Writers