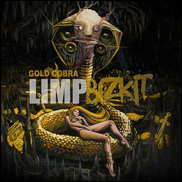 “Basically, Limp is not an amphitheatre band. We like to see less seats in front of the stage and more floor filled w[ith] fans going bananas. It's just more fun for all of us that way…We want to give you the best experience possible so we will reroute to the venues we feel will work the best. High energy, good times. We want you to have the best,” Fred Durst tweeted to followers.

Instead of the scheduled tour which was set to run from July 3 at PNC Bank Arts Center in Holmel, NJ, through August 15 at White River Amphitheatre in Auburn, WA, the band's North American itinerary will be limited to three festival dates: May 23 at Rock on the Range in Columbus, OH; July 2 at Woodstock en Beauce in Quebec City, QC; and July 18 at Rock Fest in Cadott, WI according to TicketNews.

Limp Bizkit is still set to tour more than 20 venues across mainland Europe from late August through the first week of October and is planning a North American fall arena tour.

This is not the first change in Limp Bizkit’s tour; originally Snoop Dogg was scheduled to perform as a special guest but backed out shortly after the announcement. Since then, Ice Cube was set to replace Snoop with select dates to feature Method Man and Redman according to TicketNews. It is unclear whether these artists will remain on the revamped fall 2010 arena tour.

Onsales for the summer shed venture began May 15, and refunds will be issued at the point of purchase according to TicketNews. –by CelebrityAccess Staff Writers