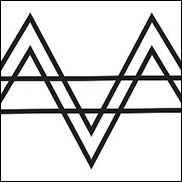 LONDON (CelebrityAccess) — 12 clubbers were hospitalized, two with serious injuries, after an acid attack at an east London nightclub.

Investigators believe that the attack occurred as part of a dispute between two groups. Witnesses told investigators that a man threw acid at two other men and that it splashed into nearby patrons.

Two of the injured remain in serious condition in specialist burns unit at an Essex hospital following the attack, and more than 600 people were evacuated from the club.

A London Fire Brigade spokesperson told the BBC: "The only information that we have is that it was an unknown corrosive substance thrown within the nightclub. It was identified by a pH paper test as a strong acidic substance."

The BBC said that investigators in London are seeking to speak with Arthur Collins, 25, from Hertfordshire, about the incident. Collins is believed to be the partner of TV personality Ferne McCann, who has appeared in several television programs and is currently an entertainment reporter on ITV's Good Morning.

A spokeswoman for Ms. McCann told the BBC: "Ferne is aware that the police wish to speak to Arthur Collins and the nature of the accusations against him. Obviously these are highly shocking and Ferne has co-operated with the police in their inquiries. She was not with Arthur on Sunday night, was not at Mangle, and has no direct knowledge of the events that unfolded." – Staff Writers