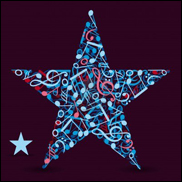 1. Only blockbusters count and make serious dough. Either you're a superstar or you're starving. Yes, the Internet allows old folks and some young 'uns to troll on on a subsistence budget doing house concerts and maybe playing theatres, which have now all been relabeled "clubs," but the dream of paying your dues and breaking through is just a dream.


2. You have to be great. Elton John great. Yes, Dr. Luke and Max Martin can push an average talent up the chart, but THEY'RE great! Don't listen to the sour grapes patrol decrying Dr. Luke and Max Martin's talent, they're brilliant, and they understand the game. If you are unwilling to learn the game, which is much more than knowing how streaming royalties work and bitching about it, you're going to have a very hard time succeeding.


a. Anybody with money only wants to invest in money. In other words, anybody in the music business is only interested in you if you can make THEM money. Sure, they might like your music, but unless they can sell you, they don't want you.


b. Presently, radio is the driver of hits. If your music doesn't fit on Top Forty radio, which is more open than it was just a few years ago, but still plays very few records, you're not gonna break through.


4. Publicity is back in vogue. The Internet is no longer the wild west. It's solidified. Sure, there are new sites/apps now and again, but almost all get picked up by the usual suspects, i.e. Google and Facebook. Don't think it's as easy as paying someone, there are plenty of people who will spam the Web and

say it's not their fault when you don't get traction. Rather, you need an experienced powerhouse behind you, like a label, that believes you're commercial, and has relationships with news outlets from newspapers to cable TV to Yahoo. It's a relationships business, and unless you've got 'em, you ain't goin' nowhere.


5. If you're old, no one wants you in music, as either talent or an executive, because unfortunately your demo neither buys nor streams new music…no money, no action. As for execs… You have families, you have obligations, they can get someone younger to work harder for less money. Don't like it? Sue. And lose. Or start an independent company that ultimately fails. It's a young people's business, even though baby boomers don't like this.


8. One mention in the press might make your heart pitter-patter, but almost no one sees it and no one remembers it.


10. You only get one chance to make a first impression. And if it's not spectacular, you're doomed. Bad news spreads fast and lives forever online.


11. It's easier to market and sell music than find it. In other words, armchair quarterbacks are a dime a dozen, the music business is not waiting for your expertise, but it is always open to you delivering PHENOMENAL new acts.

13. If you want it, that does not mean it will happen. Forget all the new age/self-help b.s. Staying in the game and wishing it to happen yields almost nothing. Making it is hard work, dependent upon talent, forging relationships and a little bit of luck.


14. Coldplay, Radiohead and Dave Matthews are huge because they snuck in under the wire via the old system, they were the beneficiaries of big TV video play, when that meant something, before the Web obliterated it. Otherwise, they'd be Arcade Fire, which garners great reviews, wins Grammys and most people still have not heard and don't even care about.


15. There's tons of money in music, more than ever before, if you're a superstar, if not, you're starving.


16. The best and the brightest don't go into music. There's not enough money in it.


17. No one cares what you did. They just care what you're doing.


18. The generations keep changing, people keep getting older, if you had a hit five years ago, and not one since, you're a has-been who's on the way to being forgotten, hope you have some fans who can keep you alive on the road.


19. There's plenty of money in recorded music. Streaming revenue is just gonna rise. But the twenty first century has taught everybody about the other money out there, instead of just the easy money, this is good.


21. People know when you sell out, and young people care about it.


And a hit is something instant and ubiquitous that cries out for repeat play. It doesn't have to be featured on the radio, but it frequently is.