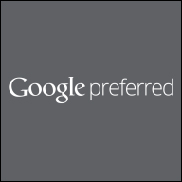 SAN FRANCISCO (Hypebot) – As YouTube continues its long disruptive trek to replace broadcast tv, among other things, they've been developing what could be called a hits strategy. They're starting to run tv ads for top creators to reach an even broader audience and they're identifying top channels for "Google Preferred" ad status. Last week Tubefilter uncovered promo materials and the channels that are being identified as the top 1% in their respective verticals including music.

I was surprised to hear that YouTube was running tv ads for creators like Michelle Phan but I would assume that's a short-term tactic not a long-term strategy. In fact, it reminds me more of that phase in the first tech boom when all sorts of computer companies were advertising their wares in newspapers. It helped newspapers but only temporarily.

It's pretty clear that YouTube is a disruptive force in relationship to broadcast tv. As they work their way up from a "good enough" product to whatever the YouTube challenge to tv will end up being, they're taking a lot from the tv industry including participating in Digital Content Newfronts which are the web version of tv's upfront where they lock in advertisers for the upcoming season.

YouTube will again be participating but are giving major advertisers who buy ahead of time more privileged treatment than they've enjoyed in the past.

Part of that process is the creation of the Google Preferred program which identifies a large group of higher quality sites with large followings and original content.

TubeFilter first sniffed out some sizzle reels for such verticals as music identifying an initial cross-section of the preferred channels.

Here are the first channels identified in music:

YouTube then made those sizzle reels private but Tubefilter went on to uncover a group of Google Preferred Lineup channels that identify the top 1% of YouTube channels that are included in the program.

They initially identified this channel as the Music channel but it's actually the "Electronic Dance" (new phrase?) channel that is a subsection of the Music category.

Though I'm certainly no match for Team Tubefilter, I did manage to dig up the Hip Hop channel and I assume there are Pop and Country channels as well featuring the top 1%.

You can check out the top 1% identified on these pages and get a sense of the future of YouTube's whole tail approach which now includes hits, middle tail creators and the long tail of rarely watched uploads.

Perhaps YouTube is less a likely disruptor of broadcast tv than of cable tv. On cable you tend to have a mix of everything from the major broadcast networks to cable-only hits to community television. YouTube's already winning the long tail and the middle tail. Now all they need is to complete the buildout of their hit factory.