(CelebrityAccess) – Outlook Origins, Croatia’s leading Bass festival, has revealed the final artists, stage programs and details of its Barbarella’s after parties ahead of its 2020 edition.

Drum & bass icons Chase & Status and Children of Zeus have been added to the opening concert, while Novelist, Silkie, Coki, Goth Trad, Conducta and Sgt Pokes all join the mainstage event.

Further high profile stage takeovers have been added including Pinch’s Tectonic label celebrating 15 years and Rinse FM who join forces with 6 Figure Gang for a takeover of their own. Elsewhere excitement is building for Deadbeat + Tikiman who will present a special live dub show; New Zealand duo Truth, who will make their return to the Outlook stage; The Heatwave, who will add some of their own much loved and hugely characteristic bounce to the bill; as will 1xtra’s Jamz Supernova; Technimatic; SCAR; Artificial Intelligence; and J Majik.

Additionally, a key part of this year’s event will be the Barbarella’s After Parties, which are available via a separate ticket on sale now as individual days, as well as part of a festival package deal and full pass. Each of these special events is powered by the peerless Sinai Sound System and will feature the likes of Dispatch and Sofa Sound going head to head for a takeover. Mala will also curate a heavyweight offering featuring Deep Medi family and local Egoless as well as Silkie, Sicaria Sound and a b2b from Coki and Mala. Meanwhile, The Bug will curate his own late night get together as will Leeds legend and dub warrior Iration Steppas.

Outlook Origins 2020 is slated to take place at the beautiful Garden Resort in Tisno, Croatia July 30 to August 3, 2020.

Tickets are on sale now HERE. 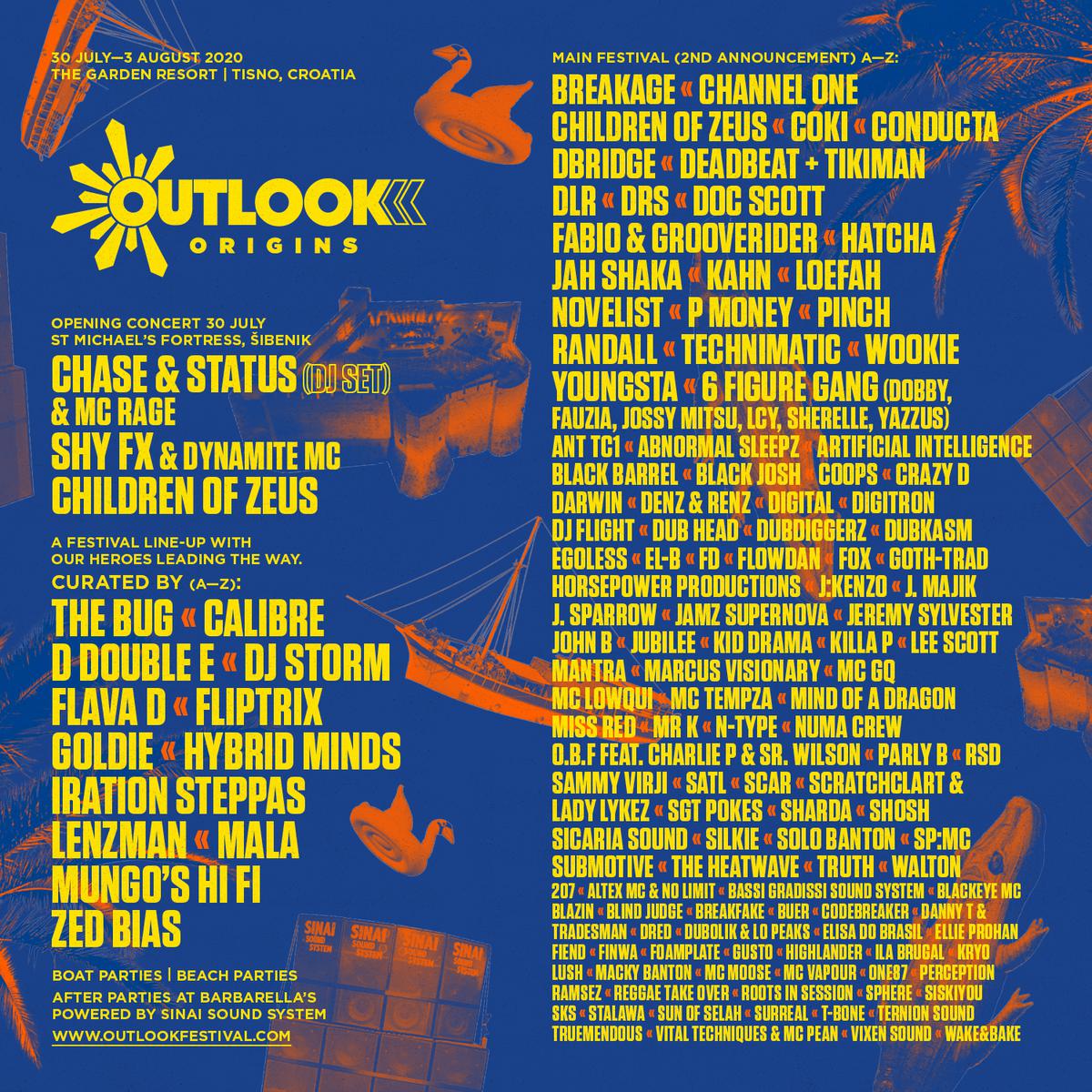