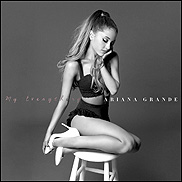 CINCINNATI (CelebrityAccess) — Pop sensation Ariana Grande announced that she was pulling out her upcoming gig at this year's All Star Concert at Paul Brown Stadium in Cincinnati on July 14th.

The Reds announced that Grande was on the 'disabled list' and said that Demi Lovato would be filling in at the show. Grande begged off of the event after having her wisdom teeth removed.

“I’m so excited to be headlining the MLB All-Star Concert,” Lovato said in a news release. “I hope my fans in Cincinnati are ready to get ‘Cool for the Summer!’” She added, with a call out to her latest single.

“Demi Lovato is one of today’s best young artists and we know she will provide fans with a fantastic experience they won’t soon forget,” MLB COO Tony Petitti said in the release,. “We’re disappointed that Ariana Grande cannot partake in the All-Star festivities, but wish her a speedy recovery.”

At the same time, Grande has caused a bit of a flap for herself after being caught on film appearing to lick some donuts on offer during a late night visit to a donut show in Lake Elsionore. During the short clip, first obtained by TMZ.com, an employee at the shop then offers Grande a fresh tray of donuts to select from, to which she responds, “What the fuck is that? I hate Americans. I hate America.”

Grande later said that her comments had been taken out of context, later tweeting:

“I am EXTREMELY proud to be an American and I’ve always made it clear that I love my country.”