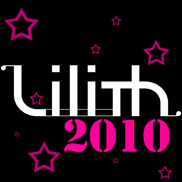 The event, starring Sarah McLachlan, will now take place at Ambleside Park in West Vancouver. The July 1 event had been scheduled for Pitt Meadows airport. All tickets for that venue will be honored in West Vancouver, Live Nation said in a press release.

Appearing with McLachlan will be Sugarland, Sheryl Crow, Erykah Badu, Colbie Caillat and others.

“The original intent was to host the event at the new large scale concert site in Pitt Meadows, but we have decided that Ambleside is a more appropriate venue for the audience size,” said Terry McBride of Nettwerk Management said in the press release. We appreciate the support that was given to us from the community of Pitt Meadows, however showcasing this event in the most fitting setting is what led us to the change."

McLachlan had previously suggested sales at the Pitt Meadows site were not meeting her expectations.

The Lilith Fair announced that the Women’s National Basketball Association (WNBA) and the 2010 Lilith Tour will join forces to celebrate female artists and athletes all summer long through special ticket promotions, appearances, and community activations.

As part of the partnership, the WNBA and Lilith will provide special ticket promotions and packages for fans to purchase in select WNBA markets, including Seattle, Los Angeles, Chicago, Minneapolis, Indianapolis, New York, Hartford, Washington, D.C., and Atlanta.

"WNBA games and the Lilith Tour are the premier summer entertainment experiences by and for women, making this partnership a perfect match," said WNBA Vice President of Marketing Hilary Shaev, according to the Lilith Fair website. "Our partnership with the Lilith Tour is a great opportunity to showcase our respective properties to each other's audiences through national promotions and community activation."

WNBA athletes and artists are also tentatively scheduled to make appearances at select games and concerts this summer and blog about their experiences. These memorable moments will be captured and promoted via the league and Lilith’s websites, Facebook pages and Twitter accounts. The WNBA and Lilith are also working together to promote awareness on important issues including staying fit, breast health and greening initiatives through various activations according to the Lilith Fair website.

Lilith 2010 will feature Sheryl Crow, the Indigo Girls, Queen Latifah, Mary J. Blige, Kelly Clarkson, and Martina McBride, among others, and will take place from Sunday, June 27 to Monday, Aug. 16. The tour will make stops in select WNBA markets, including: