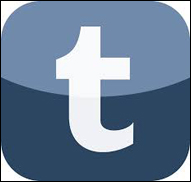 
Instagram is for those who are too lazy to write.


Texting is social currency. It doesn't matter how many likes or friends or followers you've got, but how many people text you and how regularly, that's how popularity is judged today.


Samsung is for those who hate Apple and those too cheap to buy an iPhone (not necessarily the same thing, Apple-haters will buy the most expensive Galaxy).


iPhone 4s means you're almost at the end of your contract or you're too cheap to upgrade.


Tesla means you're more interested in status than utility, or you never drive far from home.


Windows means you got your computer from work or you're too cheap to buy a Mac. Argue all you want, perception is everything, and perception is reality.


Hip-hop is the rock and roll of the Millennials. With a dollop of Gen-X'ers thrown in.


Rock and roll is the music of the baby boomers, who believe everything they're into should last forever, but it doesn't, just like them.

Books get a lot of publicity, but barely sell. Sure, there are exceptions, but very few.


Sales are irrelevant, streams are everything, but newspapers are only trumpeting Spotify plays when all the action's on YouTube.


Albums are for the creators, no one else cares, except for a cadre of extremely vocal fans.


Terrestrial radio is an advertiser-laden medium for poor people. Anybody with an income is listening to satellite or streaming from their mobile device.


Baby boomers buy Japanese automobiles because they remember how bad their parents' Detroit iron was. In other words, despite all the press that GM, Ford and Chrysler are improving, boomers are sticking to Toyota and Honda, at least in California, and trends still start in California, don't ever forget it.


Binge viewing is a badge of honor. Telling everybody you stayed home to watch all the episodes of ————– garners more status than saying you went to the show, and there's more to talk about!


Newspapers insist on fat profit margins and head for decrepitude while online sites focus on user experience first and profits last. In other words, it's the product, stupid!


Companies are constantly fighting for awareness.


Ignorance reigns. Education comes through word of mouth, which also spreads falsehoods. He who knows the most truth wins. We live in an information society, what's in your brain is paramount.


Without relationships you cannot succeed.

Here today, gone tomorrow, welcome to the twenty first century. You can only combat this by constantly producing. U2 released a single during the Super Bowl, it's already been forgotten, assuming you knew its name to begin with.


No one cares if Shia LaBeouf wears a bag on his head, it's a trumped up media story.


Robin Thicke will screw everything that moves, wake up and realize his career is over and lament the loss of his wife.


Alec Baldwin was right about Harvey Levin, but if you think he's retiring from public life, you believe Kim Kardashian is all natural. That's what Alec does, turn it on in the public eye, without this oxygen he's dead, so he'll be back, just like Scott Shannon, ha! ("Alec Baldwin: Good-bye, Public Life": http://vult.re/1ceuBOj )


Just because you get press for your celebrity cook/lifestyle book, don't think we care, you're just another loser like us. In other words, just because you promote it, that does not mean it will sell.


Bitcoin may not be forever, but digital currency is.


Marc Andreesen is a borderline blowhard who is pontificating on tech better than most, pay attention to what he says.


Apple is not going to revolutionize television. Content owners won't let them.


Manhattan is losing steam as an arts center, it's just too expensive to live there. In other words, bankers can prop up institutions, but they cannot drive them forward.


Millennials are not mad that technologists are crowding them out of San Francisco as much as they are that they too are not rich.


Bill Gates cannot save Microsoft. Samsung is a better me-too company. Vision is everything today.


Amazon, Apple, Google, Facebook. They control the world, consolidation has taken hold, it's the next hot topic and you don't know it yet.


Just because something makes money, that does not mean it does not suck.