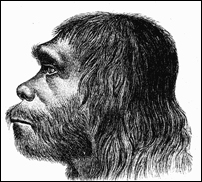 SEATTLE, WA (Hypebot) – Who knew that the people running book publishing empires were far more forward thinking than your average music exec? After all, they are still, for the most part, peddling paper. But Amazon's new deal to licence some of publishing's most popular franchises, and enable writers to make money selling fan fiction, served as a reminder of how much the music industry remains stuck in the stone age.

Fan Fiction Authors Are To Books What DJs Are To Music

Today, Amazon Publishing announces Kindle Worlds, the first commercial publishing platform that will enable any writer to create fan fiction based on a range of original stories and characters and earn royalties for doing so.

Amazon Publishing will pay royalties to both the rights holders of the Worlds and the author. The standard author’s royalty rate (for works of at least 10,000 words) will be 35% of net revenue.

There are platforms that allow users to license a hit song for a YouTube; and occasionally a band will let fans remix a song as part of a contest.

But Kindle Worlds is allowing secondary creators to make real money – 35% of net – for borrowing heavily from the original work. No morass of multi-party deal making. No upfront licensing fees. Just: Create > Sell > Share in the profit.

How often does that happen in music?