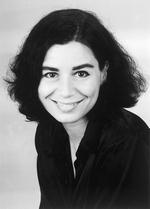 – Bands playing in their hometowns tend to get positive feedback only from friends and relatives. Constructive criticism rarely comes from this group.

– Bands rarely get substantial feedback from demos sent to record companies or publishers, but mainly receive standard rejections, with a few polite remarks if they are lucky.

These two paragraphs can be read on Rock City’s website, a German organization located in Hamburg. Since the late 1980´s Rock City has existed as a support for semi-professional bands, artists and organizers at clubs. Last year Rock City e.V. has become involved in a new union of live clubs, Verbandes Deutscher Live-Musik-Clubs, with the purpose of helping the live music scene in Germany, which among other things is suffering from the fact that fewer young people today go out to listen to live music resulting in live clubs struggling with economical demands.

– The performing situation in proportion to the live music clubs has become harder. The number of visitors to the clubs has been falling, and concerts with young upcoming bands are left with economic loss.

Said Andrea Rothaug, who became the leader of the new union, Verbandes Deutscher Live-Musik-Clubs, on January 1 this year at the same time as becoming the Director of Rock City Hamburg e.V.

16 Years Of Work With Music

During the last 16 years Andrea Rothaug has been working on different levels with demands from artists. From 1986 to 1998 she has been travelling as a tour and artist manager, from 1998 to 2000 working as a press spokesman for the Union of German record companies, since the middle of 2000 she has been the Head of Corporate Communications for the internet platform dock11.com and since 2001 PR-women and project manager at Surver:net GmbH.

– Rock City Hamburg e.V. was formed in 1987 in order to support semi-professional musicians but also the work, that is being done in the live music clubs in Hamburg. Together with a tax adviser we help musicians with tax questions and law, as well as advising about booking, promotion, marketing, band organization and other related matters.

– We advise young bands about making records – from the idea to the final product, we help with contacts and bands have the possibility to rent tour busses on favorable conditions. We are arranging seminars and panels for our members and the audience. Rock City e.V. is also working as a concert organizer in order to help both musicians and live clubs with the goal of improving the performing situation. Thereby some projects have turned into independent arrangements like Rockspetakel, Nacht der Clubs, Omsonst & Draussen, Hörproben, Bandfactory, Rapfactory, Vollkontakt and others.

– All these activities are the result of many years of intensive work, which we couldn’t have done without help from the cultural authorities. With all our projects and activity during the years we can assist in making upcoming artists and musicians professional, by booking national and international tours for bands, and we can strengthen the lobby work. In direct connection Rock City has formed a union of independent record companies as a special project, and today this organization is larger than Rock City itself. Today Rock City has around 350 members, managed by a permanently employed leader and six volunteers.

Both Good And Bad During The Last 15 Years

– Has the music world in Germany and Hamburg, where Rock City operates,
changed from 1987 until today and how ?

– Undoubtedly there have been changes since 1987. For musicians the performing situation in proportion to the live music clubs has become harder. The number of visitors to the clubs has been falling, and concerts with young upcoming bands are left with economic loss, which no club owner or concert organizer can carry over a long period.

– The situation has a lot to do with the fact, that the younger part of the club audience prefer to go to dance arrangements than to live concerts, but another problem is that technical equipment in the clubs has to be state-of-the-art, if they want to attract larger bands. Because of that, immense expenses arise, which cannot be carried by every club.

– The direct effect of this is, that fewer concerts for young upcoming bands can take place, unless the bands themselves contribute towards expenses for technical equipment and for the staff. Meaning that more bands and artists are not getting the chance to develop their work on stage at a professional level. Therefore the situation for the club owners has to be improved. The first step this year has been the foundation of the union of live music clubs in Hamburg.

– One of the positive things, that has happened since 1987 is the fact that today artists and musicians are much more aware of the necessity to take their own action in order to help themselves, and they have much more knowledge at their disposal than earlier concerning their mixed roles as both employer and artist. Also the consumers, politicians and the authorities acceptance of rock and pop music has been improved, says Andrea Rothaug.