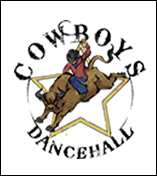 SAN ANTONIO (CelebrityAccess) — A Texas music venue is facing charges that it intentionally oversold a concert by Chris Young, leaving many ticket holders out in the proverbial cold.

According to San Antonio-based CBS affiliate KENS5, Cowboys Dancehall is offering apologies and refunds to fans after they were unable to get in to see a concert by country music artist Chris Young, despite having tickets.

Fans reported that they were left in line outside of the venue, even as more tickets were being sold at the door.

Two such fans, Samantha Fraustro and her best friend, Lauren Ramirez, told KENS5 that they purchased tickets for the show two months in advance, but ended up in line for more than an hour.

"They didn't say, oh, we're not sure if you're going to be able to get in. They didn't say oh, we'll be refunding your money. Nobody said anything about anything. They let us stand in line," Fraustro told KENS5

"If you reached maximum capacity, I don't think you should be selling tickets knowing that people have bought these like months ago, weeks ago. It wasn't fair for the people who got in that day and they bought tickets that day," Ramirez added.

As a palliative, the venue is offering fans refunds, as well as a complimentary ticket to an upcoming show, but the venue reportedly filed for bankruptcy at the end of June, with more than 10 million owed to creditors, according to San Antonio Express-News. The venue is facing a foreclosure sale and auction in August, the Express-News reported. – Staff Writers