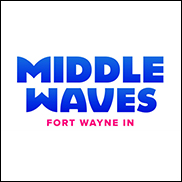 FORT WAYNE, Ind. (CelebrityAccess) — The city of Fort Wayne Indiana will be hosting the inaugural year of Middle Waves, a new music festival that will take place at the city's Headwaters Park on Friday and Saturday, September 16 and 17th, 2016.