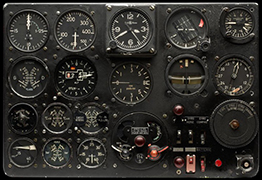 (Hypebot) – Music streaming data makes it possible to understand the fan behavior behind each stream. "But the way we translate this creativity into monetizable, digitally-mediated experiences requires a culture change" within the music industry," says Samuel Potts, the head of radio at Columbia Records UK.

As Mark Mulligan put it recently: “streaming has melded discovery and consumption into a single whole.” This is what is making it so fascinating working in a record label at the moment. Previously, in the era of the traditional customer journey, we generated discovery for 8 to 12 weeks (allowing customers to discover new music by promoting through intermediaries such as TV, radio and press), and then the purchase or ‘consumption’ of music would come afterwards. In a world led by music-streaming, we are directly monetizing both discovery and consumption at the same time. We are monetizing the public’s engagement with music and the currency of that engagement is a ‘play’ on a streaming service.

To take an academic look at music marketing, the traditional ‘sale’ was usually somewhere near the end of a customer experience journey: awareness, discovery, interest, interaction, purchase, use, cultivation, and advocacy. Now we have a situation where the ‘play’ is conceivably part of every step. So thinking holistically, if we view ‘experience’ as the product of a record label now, we need a way to measure it effectively, and that’s why it feels like there is a data ‘arms race’ going on at the moment.

Data is not a new trend as far as record labels are concerned — we’ve always had it. But integrating it more into our day to day operations and seeing it as additional — rather than a replacement — to what we’ve always been good at is crucial. The data that streaming has unlocked is a massive opportunity for us, and the interpretation of it should become a language we use to communicate. We are now competing with tech startups who are much better at using data than us, companies that are potentially coming to eat our lunch. So in the words of Eric Ries’ Lean Startup methodology we need to Build, Measure and Learn to create a culture that asks the right questions, understands what metrics to measure and how to use them.

To be clear, the lifeblood of our business — signing, developing, nurturing and guiding creative artists — will not change. But the way we translate this creativity into monetizable, digitally-mediated experiences requires a culture change.

Two examples from outside music can show us how with the right culture, both creativity and statistical rigor can not only happily intertwine but also be massively profitable.

BuzzFeed and the ‘Viral Lift’ Metric

Valued at $1.7 billion and with 7 billion monthly global content views, this is a company that has original creative content at the heart of its business — just like record labels. What is really compelling is that they do it with a statistical rigor that would impress a university professor.

Most publishers would perceive the post with 400,000 views to be the success, but at BuzzFeed sharing is paramount. As Stopera explains, “It wasn’t shared. It was all seed. The fun in the game is getting people to share something. I click on shit all the time. ‘Oh, let’s look at what this person posted on Instagram,’ and you saw their butt cheek. It’s like, click, but I’m not going to share it.”

Of course, a record label should never judge an artist as a ‘flop’ based solely on data. But BuzzFeed’s measurement of success is food for thought because it flies in the face of what we’re accustomed to at record labels. In our chart dominated culture, more volume = more success. But in a streaming first world where revenues are drawn out over time, are we concentrating too much on ‘vanity metrics’? Yes the OCC (the Official Charts Company — home of the official U.K. Top 40 charts) hits pay the bills—and traditional offline media are still heavily influenced by the chart — but it seems less useful as a measure of success these days, certainly for the 99% of artists who do not come close to being in it.

The daily streams of a track seems to be becoming a default success metric for streaming probably because they’re as close to the notion of conventional ‘sales’ as we can get. But they aren’t sales. They are more a hybrid of a licence and a sale, and the combination of discovery and consumption which makes their inclusion in the official U.K. and U.S. charts controversial. Moreover, the increasing share of the Top 200 chart by the top 1% of artists (a result of long tail streaming consumption) is making this metric less useful for the 99%. It’s because of this that some feel editorial playlist plays shouldn’t be included in the OCC at all and that there is a danger of global streaming platforms creating a global monoculture in music.

Some labels are advancing very quickly in their ability to assess the new data that music streaming provides. If feels like the data ‘arms race’ could be lead by whoever gets closest to working out what our version of ‘viral lift’ is, a way of accurately measuring the artist/fan experience across the multitude of touchpoints that now exist — probably some complex amalgamation of shareability, conversion, retention, and sentiment? This might end up being the most valuable metric of all in our connected music economy, helping us to build long term artist careers.

Perhaps this ‘viral lift’ metric helps those in radio promotions inform decisions on timing in order to achieve the ‘perfect storm’ for hit records. But whoever is best at identifying which fan connections are the most effective at generating plays and growing the 99% will probably be the most profitable in the future.

In the BuzzFeed article quote above, the point about the views being “all seed” has parallels in the burgeoning area of editorial playlists on music streaming services. Are all your streams coming from passive listening via a few playlist additions? Or are they coming from engaged fans that are leaning in and choosing to play the track? The danger with editorial streaming playlists and therefore discovery and consumption being measured as the same thing is that our conventional measure of success: volume, could end up with us simply counting how good we are at generating discovery plays for a transient audience that don’t care that much.

It’s massively important that all record labels have access to the data that tells us where streams come from. Some would say we’re in the ‘dashboard era’ of the music industry now. In theory we should all soon be able to delve deeper, past the publicly available volume data to understanding what behaviors are behind the streams. The sooner the whole industry has access to this information the better — otherwise we’ll be unable to communicate effectively with the increasingly powerful editorial gatekeepers at streaming services who are adept dashboard operators. That’s why it’s admirable that Spotifyand Sony Music have taken early steps to sharing streaming data with artists, labels and managers.

But could the data ‘arms race’ actually be between record labels and the streaming services themselves? The latter are putting a lot of investment into predicting hits and measuring trends — and they have deep pockets. What happens if they develop a proprietary ‘magic metric’ and offer it directly to artists to circumnavigate the labels? They have investment capability, a distribution platform and ownership of the customer relationship.

We can also learn from the startup approach of Silicon Valley’s Joe Lacob and the ‘incumbent’ NBA team he took from not having won a season since 1975, to the most successful NBA team ever—changing the way modern basketball is played in the process. If sport is seen more as ‘art’ than ‘science’ in the same way as music is, Joe Lacob has shown that using statistics to inform strategy and tactics of the management of ‘art’ can be devastatingly effective.

Using statistics in sport isn’t revolutionary, it’s how Lacob employed them internally and empowered the whole team that is. The team is famous for ignoring every orthodoxy of building and running a basketball team, for example taking crucial gameplay suggestions from the team’s assistant video coordinator — pretty unheard of in the typical authoritarian management culture of NBA teams.

Joe Lacob and his team identified the number of 3 point shots taken in the NBA as a ‘market inefficiency’ and used this metric to Build, Measure and Learn and create a winning strategy. By analyzing player behavior across the NBA, they concluded that roughly the same amount of shots were being taken from just inside the 3-point line as shots taken outside it. Therefore if they built a game plan around having their players (particularly Stephen Curry) move back a few inches before shooting they could improve their point scoring by 43%.

Lacob also brought classic Silicon Valley values like agile management, openness, continuous re-evaluation and integrating knowledge from outside the business. Against the grain of the traditional approach to managing a basketball team, it was statistical analysis informing their strategy that created a basketball style that nobody has figured out how to beat yet.

Where Record Companies Go From Here

As record labels, we need to do everything we can to remain the creative driving force from which the music industry works. This means a change to a ‘Build, Measure, Learn’ culture that inspires creativity and leverages data in the best possible way.

Every connection, every experience between an artist and fan, is now potentially an opportunity to drive a play. Perhaps record labels need to work more collaboratively internally, but more importantly with partners outside the business, engaging the off platform world to drive engagement on platform. We should view our role in the value chain as agents for our artist’s creativity rather than a company that sells music.

We could be more open. We cannot afford to have a situation where data and insight only exists in the ‘data and insight department,’ it needs to be spread across and used by the whole team. From online PR, to radio promotions, to digital marketing to brand partnerships, we should be cross pollinating ideas using data and insight as a jumping off point.

We could change our culture to empower all members of the team with responsibility for music marketing, because we all have direct influence over the customer experience journey now. In startup culture a good idea can come from anywhere in the value chain.

Constant re-evaluation of our artist campaigns effectiveness is now possible by identifying correlations between streams and artist marketing activity. Actionable insights are needed to build innovative products and experiences for fan engagement on monetized platforms.

It’s the end of the old ‘purchase journey’ and the move toward a ‘continuous loop’ which we need to better understand how to measure, so we can control the ‘always on’ drip feed of marketing actions needed to drive engagement between artist and fan — this is where the value is.

At the core of the disruptive threat from ‘tech companies’ is culture. Now is the time for innovation and an unorthodox approach at record companies — using data to inform. Let’s be more like ‘culture hackers’ and Google’s ’Smart Creatives’. Let’s pull apart the traditional silos of the old transaction journey era and build a culture that reflects where labels now sit in music’s value chain.