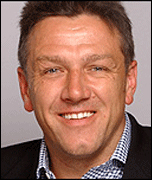 LONDON (CelebrityAccess MediaWire) — A former managing director of Live Nation has been telling the Competition Commission in the UK that he believes the proposed merger between Ticketmaster and Live Nation would be bad for business.

"A company that would have that level of monopoly would potentially only have a detrimental effect," Galbraith told the Commission.

Stuart Galbraith, who helped Live Nation to produce Live 8 and the Sonisphere Festival, was sacked by the company in 2007 due to alleged breach of contract and then joined their primary competitor, AEG Live.

In a recent interview with BBC 6 Music, Galbraith expressed his views on the merger, telling the BBC that, "I think competition is good for the customer and good for everybody that participates in live music."

"I can hardly see how you get two companies which both have a history of charging high booking fees then going, 'Great, let's bring booking fees down'. " Galbraith added. "I think you'll actually see the opposite and booking fees go up."

Latham went on to note that touring was becoming increasingly important for artists. "The pressure is on us as promoters to deliver money for them. We stand to lose more if we don't sell the tickets, and one of the reasons you don't sell tickets is if you price them too high," he told the BBC. – CelebrityAccess Staff Writers