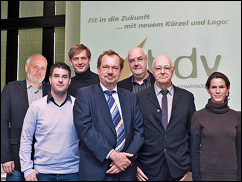 LONDON (VIP NEWS) — At their annual meeting, the members of the German Federal Association of the Concert and Promotion Industry (bdv) resolved to form a copyright collecting society, a project many years in the making.

The primary purpose of the society is to represent the economic interests of promoters in the reproduction, dissemination, and broadcasting of live recordings.

This related copyright protects artistic, scientific, and commercial performances that are not individual creations and thus are not subject to copyright per se. It affords protection to, inter alia, recording companies, performing artists, broadcasting companies, film companies, and of course promoters.

“However, the exercise of this right has been very limited thus far. In particular, promoters have never received adequate compensation for the initial exploitation of their events through reproduction or broadcasting. We want to change this.”

According to Michow, promoters have until now had to depend solely on the commercial success of their concerts and tours. Longer-term collaborations between artists and promoters have been the exception.

By exercising their intellectual property rights on a broad basis, promoters – e.g., recording companies – want to ensure that they can benefit from the fruits of their work in the long term.

Michow doesn’t foresee a conflict of interest between performing artists and recording companies. “The music industry as a whole will profit from the new copyright collecting society. Artists, recording companies, and promoters all benefit equally when improved use of related copyrights enables promoters to make longerterm calculations instead of being dependent on fleeting one-time results,” says Michow. “This gives promoters a greater incentive to invest in developing new talent.”

The “Collection Society for Neighbouring Rights of Promoters” (Verwertungsgesellschaft zur Wahrnehmung von Veranstalterrechten) is expected to be formed this year as a limited liability company (Gesellschaft mit beschränkter Haftung, GmbH) and apply for the required license from the German Patent and Trade Mark Office (DPMA) in order to operate as a copyright collecting society.