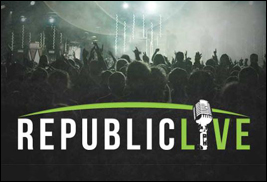 ORO-MEDONTE, Ontario (CelebrityAccess) — Republic Live, the promoter behind Canadian country music festival Boots & Hearts, announced that they will be teaming up with U.S. promoter AC Entertainment to stage a new, annual Canadian music and arts festival.

Planned for Burl's Creek Event Grounds from July 24th to July 26th, the festival will feature 4 stages, a late night forest, original art installations, fine international and local cuisine, an on-site farmers market, and camping. As of yet, no information regarding a lineup for the event has been announced.

We've felt so fortunate to see Boots and Hearts grow in 3 short years to become Canada's largest camping and country music festival, with the same aspirations for this new music and arts festival we're excited to share more details including the name, brand and of course the line up, in the coming weeks," said Shannon McNevan, Executive Director, Republic Live.

"The dream for this whole thing began when a small group of us attended Bonnaroo in 2011 and had the best musical experience of our lives. As soon as we got home we started wondering why we didn't have anything like it here in Canada. Seeing that come full circle to the point where Ashley and his team are now working with us to bring a truly international destination festival of that nature to Canada has been amazing. We can see with the growth of Boots and Hearts that Canada, and in particular Ontario, has the appetite to sustain camping and music festivals and we believe that the location, being so close to the GTA, is the perfect site for a music and arts camping festival," McNevan added. – Staff Writers