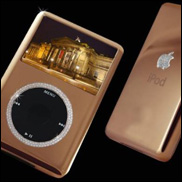 How did Apple become one of the most valuable companies in America?

By doubling down in a recession.

Remember the dot com crash? Everybody in tech pulled back. Not Apple. The Cupertino computer company invested. And then released a product that was supposedly overpriced and undesirable. That product? The iPod.

Remember when Apple was a joke? You're on a Mac? They'll be history soon. I literally heard Al Ries, the supposed marketing guru, say this even after the iPod took hold. You see if you listen to conventional wisdom, you're screwed.

Conventional wisdom is the music business is in trouble. You just can't make any money. But the truth is there's a plethora of money to be made in music if you just junk the old paradigm and create the new.

Leisure travel? It was devastated by the 2008 recession. What did Vail Resorts do? IT LOWERED THE PRICE!

Yes, Vail has something called the Epic Pass. For under $600, you get unlimited ski days at all the company's resorts, from Vail, Beaver Creek, Keystone and Breckenridge in Colorado, to Heavenly and Northstar in Tahoe.

Wait a minute. If you give more, you should charge more!

No, the key is to charge less and get everybody to play.

Been noticing the flat sales at the iTunes Store? Think it has
anything to do with the rise in price to $1.29? What are these
companies thinking? By trying to salvage their bottom lines, they're ruining their businesses. Everybody knows that we're moving to streaming. Now is the time to blow out tracks, because they'll soon be obsolete!

We should get everybody to pay for music. That's what the Epic Pass did. Over a million people bought it. According to an instructor, Epic stands for "Every Prick In Colorado". If you think every prick in America is buying music and going to shows, you're sorely mistaken.

So not only do we have a pricing problem in music, we just don't
understand that music is social. It's something that adds zest to a party, to love, it's the main ingredient. But we just think music is about selling tracks and concert tickets.

So Vail Resorts, to establish community, built EpicMix. They didn't piggyback on someone else's efforts, they didn't use Foursquare, they invested. Because if you want a job done right, you've got to do it yourself.

But Live Nation won't invest. It'll just cut personnel. Worried about its stock price. But if the company invested in its future, like Apple ten years ago, maybe its stock price might actually rise in the future!

This is the way EpicMix works:

Every one of your lift rides is tracked. At every one of Vail's
mountains. Yes, they had to install all those sensors. Never mind write the software.

And when you go online you find out not only your total vertical feet skied, but what lifts you took at what time. And there's a
leaderboard, illustrating who's skied most.

But what's most riveting is the pins.

There's tons of them. In excess of a hundred. And you don't know what they are. Every day you track your stats to see if you've earned another. I've now got twenty two.


I'm a member of the Mile High Club… I earned that for being a mile from the bottom of the mountain.

I've got the Blue Skyrider pin, for riding every lift in Blue Sky Basin.

I've got the Hunting Season pin, for five runs in Game Creek Bowl.

And today I got the Great Heights pin, for covering 225,000 vertical feet so far this season.

Do you get this? I'm engaged. I didn't just buy a lift ticket, I'm a club member.

And so is everybody else. It's all anybody can talk about, what pins they've earned, how many feet they've skied. We check our stats and find out we were just minutes away on the lift!

Oh, individual promoters are doing something like this. But it's not the same. They're baby steps when you need big thinking. Small thinking is a new chip in your computer, big thinking is the iPod, iPhone and iPad…delivering what people didn't even know they wanted and having it work so well that they're not only elated, but tell everybody about it.

We've got to bring the music audience together. There's tons of money to be made if we just stop thinking about music as tracks and tickets.

You want to ski more to get more pins, for the camaraderie.

And you buy food on the hill and spend money to play.

It's the same way in the music business. We've got elements, but they're just not tied together in a coherent ecosystem.

They will be one day.


Vail Resorts did not wait for permission, the CEO just said to do it.

But the CEOs in music are old school players all about the pay.
They're not like Steve Jobs, working for a dollar a year and the
upside in the stock. They want to cash out, they don't want to get in!


It's all about the rights. Music is falling behind because the rights holders are afraid of the future.


But it's even worse than that. It's a cultural issue. Music is about winning though intimidation, about power games. Whereas in tech the guy with the best idea wins.

We don't even let the best music win.

The major labels are beholden to ancient gatekeepers at radio. They bleed radio, say it's the best way to reach the most people. That's like saying it's more important to penetrate the newspaper than Facebook.

Go where the people are!

The people are online. There's no music community online. Apple tried with Ping, but it screwed up with a closed system that wasn't thought through.

But someone nimble could own this sphere.

Then again, the old fogies have scared all music investment money away.

You've got to spend money to make money. Isn't that what killed
MySpace? Fox just milked it instead of investing in it. Who wants a creaky system when Facebook just works!

What a sad world we live in. Music used to be cutting edge, it led. Now it's a second-rate medium whored out to corporations into the money as opposed to changing lives.

People wouldn't play on EpicMix if skiing didn't titillate like it did.

Music titillates even more. When done right. And when people realize this titillation leads to numerous revenue streams, that there truly is money in music, the music industry will be healthy once again.