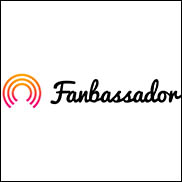 The competition-based platform is intended to allow fans in multiple cities to compete for a concert by their favorite artists for a single date while allowing tour promoters and artists to optimize revenue by playing shows with proven demand and funding.

The competitions would leverage existing venue, artist, and promoter social media asset to develop campaigns through targeted ads, encouraging fans to support shows in their market. Special perks such as VIP access will also serve to bolster revenue.

Fanbassador works alongside the agents who still secure the rooms and solicit the offers in markets they want to include in the competitions, the company said.

“The guys at Fanbassador understand the importance of the smaller markets which is why this concept is so genius. As an agent, I can help develop more viable markets for my artists through Fanbassador and have a better sense of the markets that can work,” Storch said in a press statement

Fanbassador recently launched its first series of campaigns with the artist Cute Is What We Aim For, successfully proving that their concept works. “It was a huge success,” says Ring. “We had 2 of the 5 campaigns fund within days of launching and have had 3 more fund since launching. Fans really rallied behind their cities campaigns, sharing the competitions through their social pages encouraging their friends to support. It really was a beautiful thing to see fans banding together to help make the show happen. In addition, we also received so much feedback from fans in cities that weren’t on the tour that we were able to use that information and launch a successful campaign between Boston and Baltimore that resulted in Boston funding their show within 48 hours."

Shaant Hacikyan, the frontman for Cute Is What We Aim For, said “By using Fanbassador’s platform, fans in smaller markets finally have a shot at bringing a tour to their city that would have normally gone somewhere else. It allows us to make the best use of our time while on the road, playing in cities where there is the most excitement and demand while ensuring a positive and successful tour. This might be our last go at this and we wanted to make sure we were going to play the best shows possible. Fanbassador’s platform is helping us do that”. – Staff Writers