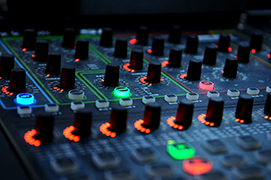 (Hypebot) – The FCC’s release of broadcast station totals from the past year has revealed that thirty-two radio stations, thirty AM and two FM, closed last year, a further sign of changing times.

The FCC just released their totals of licensed broadcast stations for last year and some figures jumped out. There were 32 radio stations that closed last year – 30 AM and 2 FM. Once upon a time having a broadcast license of any kind was a like having a permit to print money, but no longer.

When it comes to television, there are 1,767 stations now operating in the US, again far more than one would think.

When you count up all the AM, FM TV, UHF, translators and boosters, and low power TV and FM stations, you get a whopping 33,006 broadcast licenses. Once again, far more than anyone would think.

The fact is, there’s competition in just about every market. Even in small cities with 20,000 population, there’s usually at least a couple of stations. Most station owners own both FM and AM stations (which sometimes broadcast the same programming). Many of the stations are alternative programming aimed at servicing an immigrant section of the market.

In Los Angeles, there are 119 radio stations alone, with 48 dedicated to alternative language programming. That said, we all have our 4 or 5 stations that we regularly listen to in a market with that much variety. I can honestly say that I’ve never sampled the major of what’s available in my market.

The point is that those of us in the music business tend to think of radio as just another delivery method for music, but it’s far more than that. Only 47 of the 119 in LA were strictly dedicated to music. Radio is still the place for news, talk, and sports, and in the future, that’s where it will continue to shine.