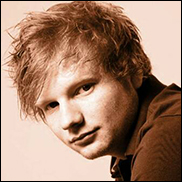 NEW YORK (CelebrityAccess) — British singer-songwriter Ed Sheeran has been hit with a lawsuit alleging he copied elements of Marvin Gaye's iconic hit "Let's Get It On" for his own hit single "Thinking Out Loud."

An infringement lawsuit filed in federal court in the Southern District of New York by Ed Townsend, who composed and co-wrote the Lyrics to " Let’s Get It On" alleges that Sheeran lifted the harmonic progressions, melodic and rhythmic elements central to Gaye’s track.

“The defendants copied the ‘heart’ of ‘Let’s’ and repeated it continuously throughout Thinking,” the lawsuit said according to Reuters. “The melodic, harmonic, and rhythmic compositions of Thinking are substantially and/or strikingly similar to the drum composition of ‘Let’s.’”

Townsend is seeking a jury trial to resolve the matter.

According to The Guardian, Townsend has retained attorney Richard Busch, who successfully sued Robin Thicke and Pharrell Williams on behalf of Marvin Gaye's family in the now notorious "Blurred Lines" lawsuit, which resulted in a $7.4m settlement.
Sheeran's track was a hit by any measure, having spent more than a year in the top 40 in the UK and has topped charts in countries around the world, including Australia, Ireland, The Netherlands, and South Africa. The song also won top honors at the 2016 Grammy Awards, taking home the trophy for Song of the Year.