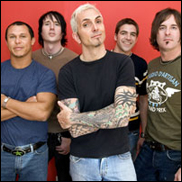 TORONTO (CelebrityAccess MediaWire) â€“ Everclear will perform a Saturday, April 5 show that will help raise funds for the cityâ€™s New Horizons Ministries. The benefit will be held at Mars Hill Churchâ€™s newest location–site of the former Tabella Nightclub (2333 Western Ave in the heart of Belltown). The $15 ticket will benefit New Horizons Ministriesâ€™ ongoing efforts to serve and assist Seattle's street youth population.

New Horizons Ministries is a nonprofit, interdenominational Christian ministry that was formed in 1978 in response to the growing problems of youth involved in street activity in downtown Seattle. Thousands of youth have benefited from the variety of services the New Horizons Ministries provides including emergency, long-term and referral services, and opportunities for healthy, committed relationships with Christian adults. And serving in practical ways, providing meals, showers, clothing, laundry, case management, hospital & jail visitations, housing & treatment referrals, and counseling.

Founded in 1996 as a home Bible study, Mars Hill Church has since grown to a congregation of over 6,000 people, gathering for Sunday services at six different locations throughout the greater Seattle area. The downtown campus recently celebrated its inauguration, and hopes to host more concerts and community events in the future.

Everclearâ€™s Art Alexakis says, â€œTelling someone you meet (under the age of 40) that you are a Christian is almost always met with wariness and skepticism (to say the least) because of the perception young people have of organized religion. Mars Hill Church smashes that stereotype with its philosophy and beliefs that are inclusive and based on love rather than the typical religious institutions that seem more exclusive and judgmental. Mars Hill Church is the kind of church where itâ€™s cool to be a Christian.â€

Alexakis–a longtime Portland resident–has built a solid career and devoted fanbase on heartfelt songs culled from real-life experiences that heâ€™s always been open about. His father abandoned the family when Art was a child, leaving his mom to raise five kids in a tough Los Angeles neighborhood. His older brother died from an overdose, and Alexakis had his own early battles with drugs before cleaning up.

This show will be one of a handful that Everclear will do in advance of the release of The Vegas Years CD, due out April 15 (Capitol/EMI). Produced by Everclear singer, guitarist and songwriter Alexakis, itâ€™s a collection of 14 covers they recorded between 1994 and this year. – CelebrityAccess Staff Writers