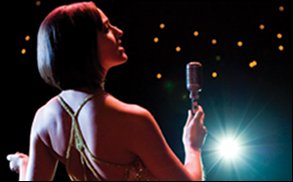 TEMECULA, CA (CelebrityAccess MediaWire) — Pechanga Resort & Casino has announced that Live Nation and its House of Blue Entertainment division will begin booking entertainment acts for the casino. The one-year deal with Pechanga, which includes options to renew, goes into effect Oct. 1.

According to Bledsoe, Pechanga logs more than seven million visitors per year, and the tribally-owned facility ranks as the second most visited entertainment resort in California, and the top casino facility. For the past few months, the casino has been searching for new alternatives to its already successful entertainment ventures, according to the North County Times.

"We have been looking at different promoters and booking agents, because we felt it was time to move our entertainment to the next level," Bledsoe said. "Most importantly, what we're really trying to do is reposition ourselves as one of Southern California's top venues —- casino or not."

"We are looking to appeal to a huge cross section of the populous and not just appealing to the gamblers," Bledsoe continued.

“With Live Nation, we’ll absolutely be more competitive and you’ll see us have a different concert calendar than what a typical casino has. We're the biggest casino in the western United States and we were looking at exploring new entertainment options. We looked at other companies, but Live Nation has such vast resources available for booking talent," said Bledsoe, according the UT San Diego.

The Pechanga theater has hosted performances by Ringo Starr, Paul Simon, Bob Dylan, Miranda Lambert, Jay Leno, Daniel Tosh, as well as international acts such as Julio Iglesias and Sarah Geronimo. Additionally, in the last year, the theater has been home to recorded television specials by Kathy Griffin, Carlos Mencia and Will Ferrell.

House of Blues Entertainment runs 38 owned, operated and affiliated clubs and theaters, which includes the Fillmores and House of Blues clubs throughout the United States.

In the agreement, Pechanga will hold onto ticket sales and distribution. Bledsoe said he doesn't expect a shift in ticket prices with Live Nation coming aboard, according to the North County Times.

"Ticket prices are ranged show by show with the act's management," Bledsoe said. "The fact that you can sometimes do these huge acts in a very intimate theater with excellent sound one night and sometimes see the same act play in front of 15,000 people the next day, shows that our pricing is appropriate.

"Almost all of our acts sell out and we don't need to use any outside ticketing agency, we think that is important."

In a press release, Ben Weeden, House of Blues Entertainment Chief Operating Officer expressed excitement for the possibilities at Pechanga.

"Our booking power is unparalleled in the United States and we're excited to be extending our reach even further throughout the southwest," he said. "The casino space is one of the most dynamic areas in the live entertainment world. We're going to accomplish some amazing things together."

"Pechanga Resort & Casino is celebrating its 10th anniversary with a continuing commitment to being one of Southern California's premiere live entertainment venues," Fletcher said in the press release. "While most casinos see their concerts as a way to bring in gamblers, Pechanga has always sought to provide world-renowned entertainment and Live Nation is the perfect partner to do just this."

An outstanding question is whether casino patrons will see a shift in the type of acts that are scheduled to perform at the venue.

"I don't think you're going to see a huge difference in the acts that come here right away," Bledsoe said. "We are always going to book the kind of acts that appeal to the gamblers."

According to Bledsoe, that doesn't mean the casino will only focus on the stereotypical "casino acts" that tour casinos all over the country.

"We are always looking to change things up, try new things, and that's what we are looking to do," he said. "We will have a larger base of entertainment to choose from. We have so much competition, there are so many venues in the area, the dynamic is different in Southern California than at a more rural casino," according to the North County Times. — Crystal Lynn Huntoon