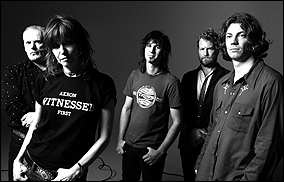 RAMA, ON (CelebrityAccess MediaWire) — The Pretenders have added a North American leg to their highly-successful "Concrete" tour. Kicking off on August 4th at the Casino Rama in Rama, Ontario, the tour will run for 22 dates before winding down at Agua Caliente Casino in Rancho Mirage, CA on September 4.

Among the stops on the 4-week tour will be Summerstage in New York, the Stone Pony in Asbury Park and the Greek Theatre in Los Angeles. Select dates on the tour will see support from Cat Power or actress-gone-songstress Juliette Lewis.

The Pretenders are touring in support of last year's 2008 release "Break Up the Concrete." The album was a hit with critics and fans alike, garnering praise from the music press and charting as high as #2 on Billboard's indie chart.

Tickets for select dates are already on sale and more dates are expected to be announced.