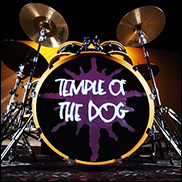 SEATTLE (CelebrityAccess) – The Seattle-based grunge supergroup Temple of the Dog announced that they are reforming and planning their first tour in time to mark the 25th anniversary of their debut album, though apparently, without vocalist Eddie Vedder.

The reunited Temple is lined up to perform shows in five cities, Philadelphia, New York, San Francisco, Los Angeles, and Seattle, in November.

Originally composed of Chris Cornell and Matt Cameron from Soundgarden, and Pearl Jam's Eddie Vedder, Stone Gossard and Jeff Ament, the group formed in 1990 and released their only studio album, the self-titled Temple of the Dog in 1991.

The album, which garnered attention from music critics on the strength of singles such as "Hunger Strike and "Say Hello 2 Heaven", did not generate much attention from the public until Pearl Jam broke in 1992. – Staff Writers