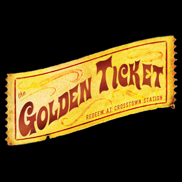 You can't get a good ticket. Not unless you're an insider or you're willing to pay a ton of dough

on the aftermarket. To what degree is this hurting the music industry?

There's a fascinating analysis on ESPN's site that claims that the luxury box, high-priced ticket

stadiums in the NFL have eviscerated home field advantage. The true fans just can't get close

enough to the field to feel part of the game. Those who talk about the team, who live for the

team, who tailgate and keep sports talk radio alive have been if not completely frozen out, turned

into second class citizens. Made to park far away and sit down during the game, so as to not block

the view of the wine and cheese crowd.

Used to be if you were willing to camp out overnight, you could get a concert seat right down

front. At a reasonable price. Now you go on Ticketmaster.com and find out mere seconds into the

sale that your only hope of getting a good seat is to pay way more than face value at
TicketsNow, where Ticketmaster scalps the act's own tickets for them.
Concerts used to be a tribal rite, now they're evidence of a have/have not culture. Doesn't make a

difference if you played the album every night for a month, doesn't matter that you turn your

friends on to your favorite, it just comes down to how much money you've got.

Unless, of course, you're a fan of the Dave Matthews Band. Fan club members get good seats. And

Coldplay upgrades those in the rafters to seats right down front. Hell, Chris Martin is smart

enough to know you want the people right down front on their feet screaming. And it's much harder

to scream from the rafters, you feel almost like you're watching on TV.

another linchpin in your career, building you to a new height. But in the nineties, before the Net

impacted the mainstream to such a degree, the arena concert was where the flavor of the moment MTV

act appeared on maybe their one and only concert tour. Sure, they played some smaller buildings on

but by time the second album came out, most people didn't even care.
Can we say "Spice Girls"? And the dinosaurs made you feel privileged to attend. After all, they

might die any moment. But Keith Richards is like a cockroach, he's going to outlive us all. Why

pay all that money to see him and his band ruin their old tunes and your memories?

There's a cost to high priced tickets and the inability of the regular fan to get good seats.

Career momentum is dashed. And now that the recession has hit, people aren't lining up to pony up

Concerts have to return to the people. Concertgoing needs to be cheaper and a regular activity.

Now, except for a distinct minority, a concert is a big bucks affair you attend once a year.

do you grow a healthy business when almost no one can partake?

Greed not only decimated Wall Street, it's hurt the concert business too. We've been crowing about

grosses not noting that they're propped up by ever-increasing ticket prices. We haven't been

developing new acts. And Live Nation has to report to Wall Street and AEG is perching itself at

the absolute top of the market. Take a look at the three rows of luxury boxes at Staples Center

for illustration. No, look at the rafter seats above these boxes to see how bad it is to be poor

But now everybody's poor. And a machine has been constructed that doesn't comport with reality.

Concerts used to be just one step above movies. Reasonably priced nights out. I went to the

movies last Saturday, the multiplex was packed. Unless it's a superstar, the concert venue is not

sold out. And this is not good for our business.

We need new acts. We have to stop living in a winner take all world.
New, innovative tours, akin to Warped, have to criss-cross this
nation. At a fair price. With ticketing fees low and included.
Stars must realize that hard core fans must be able to get tickets and that a certain percentage of

them must be good, up close and personal. The fat cats with thick wallets only come to tell

everybody else they were there. They're not interested in your career. If they've got any cash

left, they'll spend it at the gig of the next flavor of the moment. Meanwhile, you've alienated

the fan and burned your career.

Labels care about radio, acts care about capturing the secondary market and no one cares about the

fan. Screw the fan. He's got nowhere else to go. Well, that was true before the advent of video

games and a plethora of other diversions. And people used to want to come, because there were

seemingly endless headliners, that's where it was happening, at the music venue. But music's been

whored out to such a degree that you'll only go to hear your favorite. Other than
that, the average punter is giving the middle finger to the business.
Sick of being ripped off and unsatiated.