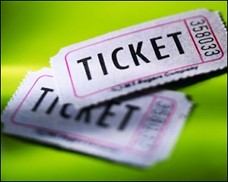 LONDON (VIP NEWS) — Box office takings for pop and rock concerts in the UK fell for the first time in more than a decade in 2010, according to a music industry report.

PRS For Music said fans spent 12% less on face value tickets than in 2009.

Part of the drop was blamed on the fact that acts including The Rolling Stones and Take That did not tour last year.

And some major artists, such as Kings of Leon and Rod Stewart, opted to play in arenas instead of stadia as a result of the the economic downturn, PRS said.

But the organisation, which collects royalties on behalf of songwriters, said this year's revenues were likely to bounce back thanks to Take That's record-breaking stadium shows and tours by Rihanna, Westlife and Justin Bieber.

The report said: "It would be very tempting to look at these numbers and jump towards a knee jerk reaction that the live music bubble has burst. We should not."

Festivals "performed strongly" in 2010, while arenas and mid-sized venues "held up", it said. But there was a "striking decline" in the number of stadium gigs compared with the previous year.

"In 2010, a number of stadium- and arena-filling bands were not on tour and many of those that did tour opted to play smaller venues in order to limit their risk," the report said. "This risk-averse behaviour is rational in the current economic climate.

"It feels as though the economic downturn has caught up with the live music industry, and promoters and bands alike have responded accordingly."

This summer, Take That played to 1.8 million people in the UK, and that tour is likely to make a noticeable difference to the figures for 2011, the report added.

"Our view is that the live music business is not entering a cycle of boom and bust, but rather showing signs of maturity and cooling to a more sustainable growth path, after a period of unprecedented growth."

With "secondary" ticket re-sellers and at-the-event spending taken into account, the live music sector was worth £1.48bn last year.

That is more than the recorded music sector, with £1.24bn spent on CDs and digital downloads in 2010 – an annual drop of 8%.