Slated to kick off on January 15th in Memphis, TN, the tour will make stops in Austin, New Orleans, and Atlanta among other cities before wrapping up on January 26th in Orlando, FL.

LUCIFER has been touring nonstop in support of their recent full-length album Lucifer II, which charted at No. 1 on the Swedish vinyl and hard rock charts, and No. 2 on the physical album charts. The band recently wrapped a tour with The Hellacopters for select European shows in May and their first two North American headline tours. Additionally, the band has performed at festivals including Metal Days, Bukta Festival, and Beyond The Gates. They have previously performed at KISS Cruise, Psycho Las Vegas, Desertfest, Hellfest, Muskelrock, Sweden Rock, and Freak Valley.

LUCIFER is currently working on a follow-up to their sophmore effort entitled, Lucifer III, which is set for release in March 2020. 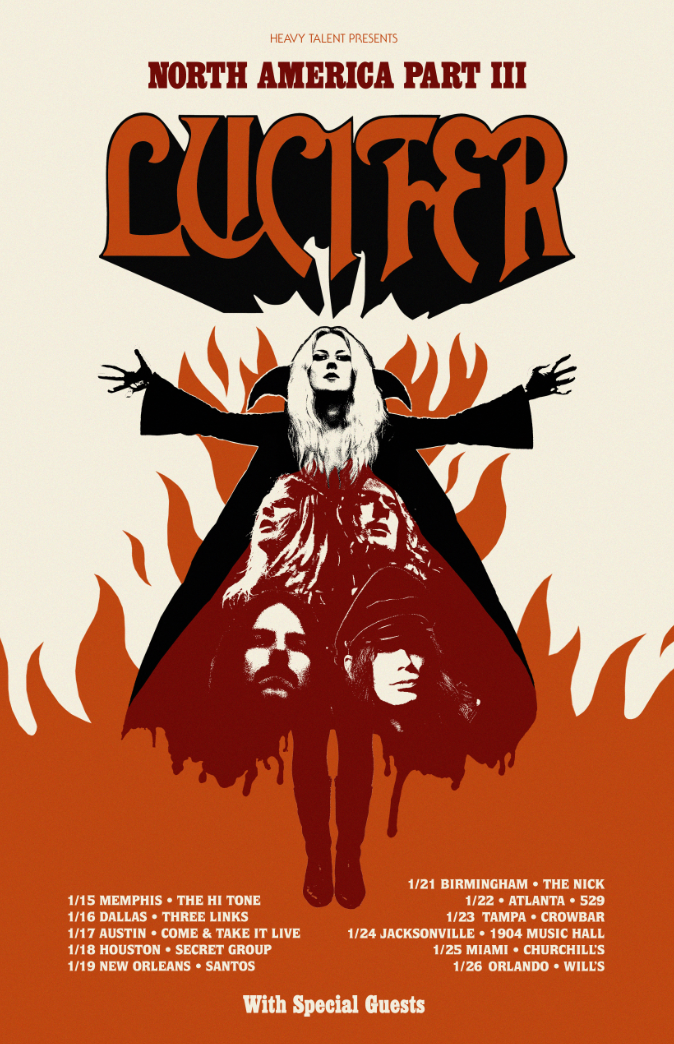 Nile Rodgers To Curate The DiscoOasis