I got stuck in a Dua Lipa loop.

You’re probably aware that “Rolling Stone” just published their updated “500 Greatest Albums of All Time.” It’s a complete waste of time. A way to draw attention to a dying empire hurt by the lack of advertising that is charging up the yin-yang for magazine and online access, SEPARATELY! As a matter of fact, “Rolling Stone”‘s music news is top-notch, far superior to “Billboard”‘s, which is a vast wasteland of wanker writing appealing to a public that’s not interested, a true trade magazine no more. But once you put up a paywall, you inherently lessen your audience. And tycoons and wannabes can pay for the “Wall Street Journal,” and most other highfalutin’ publications have a soft paywall, but the hoi polloi are notoriously cheap, people don’t want to pay.

However, “Rolling Stone” is baked into Apple News+, both the magazine and the online news, but I’m vastly disappointed in Apple’s product, because too often the pages turn slowly, you’re waiting forever, it’s not equivalent to reading in print.

But the “Wall Street Journal” is where I want to start. Referencing Mark Richardson’s article on “Rolling Stone”‘s “500 Greatest” list.

First and foremost, these lists are just a way to grab attention. Buzzfeed built a whole business on lists. But now they’re devalued and seen as clickbait and most people ignore them but since it’s music and “Rolling Stone” there’s been attention, if for no other reason than the re-ranking of legendary LPs, like “Sgt. Pepper.” That breakthrough album was #1 the last two times “Rolling Stone” did this, now it’s #24, and that’s positively insane. It creates controversy just for the sake of controversy. For if you were alive back then, you’d remember the huge breakthrough “Sgt. Pepper” was, an album long statement with no singles, all the rest of the albums on this list would not be there if it hadn’t been for “Sgt. Pepper.” As for comparing albums from the sixties to today, that’s like including Frank Sinatra and Tommy Dorsey in a similar listing in the heyday of the Beatles. Times are different. The Beatles tested and surpassed limits. Inspiration is the essence of creation. Doing something new is what we look to, what we cherish, that we drown in accolades. And then there’s public acceptance and so many other reasons this 500 list is a waste of time but I’d recommend Mark Richardson’s article, even though it too is behind a paywall, because he says something I’ve been saying for eons, to seemingly myself. But now that it’s in the WSJ, maybe the public will accept it.

We no longer live in a monoculture. There is no longer one music business. The major labels and the Spotify Top 50 are one business, but only a sliver of the overall business. They’re getting disproportionate ink.

But here’s what Mark Richardson has to say:

“In 2020, we’re living in a shapeshifting musical world filled with many possible histories. Today, two serious music fans can have lengthy year-end lists of favorites that have zero records in common. The sheer number of releases on offer – tens of thousands of new songs are uploaded to streaming services each week – and the proliferation of new genres and sounds mean that everyone who devotes significant time to listening to and following music is a specialist.

The website Every Noise at Once provides a list of almost 5,000 genres, each of which might have hundreds of subgenres beneath it (the site was started by an engineer at the streaming platform Spotify). When you sort genres by popularity, at the time of my writing this Brooklyn Drill, the aggressive style of hip-hop defined by the rapper Pop Smoke, was the 140th most popular genre; grunge, most associated with Nirvana (the group’s 1991 “Nevermind” is No. 6 on Rolling Stone’s recent list), came in at 266.”

5,000 genres? No one owned 5,000 records in the last century, before the internet, before file-trading and streaming. We’re all listening to different music. And the news is a fiction. Nothing is as big as it used to be, and everything is smaller than the media hype tells us it is. The manipulated “Billboard” chart is almost completely irrelevant. There can be a festival that sells 100,000 tickets and none of the acts even appear on it.

Which brings me back to Dua Lipa.

I stumbled upon the Tensnake remix of her track “Hallucinate.”

And I couldn’t turn it off.

From the very first moment it’s got that EDM sound, that disco beat. Which is anathema to mainstream rock fans, even though Prince employed it to incredible success on “Dirty Mind,” even though seemingly everybody likes the “Saturday Night Fever” soundtrack, even though disco never died.

“Hallucinate” was not a hit in any fashion in the U.S. This disco sound does not work on Top Forty, and it certainly does not fit on Hot AC and it brings up the sign of the cross at AAA. But…

Keep your ears open. Let it play. You will not be able to sit still. You don’t have to tell anybody you’re listening, that you like it, this experience is just for you. This remix is a monster. Not a breakthrough like Avicii’s “Wake Me Up,” but a distillation of all that came before into something undeniable.

And this is how I like to listen. Over and over again. It’s kind of like the short attention span that everybody accuses the younger generation of having. NO WAY! We’ve just got no tolerance for average, even good, but when we find something we love, that rings our bell, we’ve got unlimited time for it.

So, I decided to go to the original track. “Hallucinate” before the remix, from Dua Lipa’s “Future Nostalgia” LP that’s such a smash. And the basics are still there, I like it. But the Tensnake remix elevates it. Blows the roof off the joint and jets listeners into the stratosphere, the remix takes over your body and mind, permeates your physicality, if not your soul.

And what I’m really doing is checking myself. Finding out if I’m behind the curve, if the Tensnake remix is really that good.

So I go to Dua Lipa’s “Club Future Nostalgia (DJ Mix)” remix album, because I listened to it and I don’t remember being stopped in my tracks by “Hallucinate.” And there are two remixes on the album, but neither are by Tensnake. As a matter of fact, they’re a bit generic, in their own genres, neither are as good as the original studio version on “Future Nostalgia,” even with Gwen Stefani’s “Hollaback Girl” inserted into the Blessed Madonna remix.

So, to check my ears, I went back to the Tensnake remix and once again I got that feeling, it was just ten or fifteen percent better than the original studio version, but that made all the difference.

But I could not write about it. Because I’d be inundated with hate, put-downs. The rockers would decry the disco and the Dua Lipa/pop fanatics would tell me I wasn’t immersed enough in the scene to comment.

But then Felice came into my office, where the Tensnake remix of “Hallucinate” was blasting, and she started to dance, it was just that infectious. But was it just for me?

And then I listened to London Grammar’s “California Soil.”

I was a fan, but I was not impressed live, the band did not touch me in quite the same way. But “California Soil,” I couldn’t turn it off! It reminded me of Air’s breakthrough “All I Need,” but it was its own independent concoction.

This could not be more different from “Hallucinate,” in any incarnation, other than for the 808/fake drum sound, which always offends me. But not enough to overlook this dreamy track, which had me floating above the ground, like listening on headphones in the dark fifty years ago, not that it sounds anything like the music I liked back then, that anybody even made.

“I left my soul
On California soil”

This is not the troubled California of the news, this is the California dream of the English, the non-Americans, who are mesmerized by the freedom and weather of California.

Not that “California Soil” is about the lyrics. Rather it’s about the feel, the sound, the ethereal vocal. It’s hypnotic.

I wasn’t gripped quite as immediately as I was with “Hallucinate,” but then I played “California Soil” so much I started hearing it when I wasn’t listening to it, it was playing in my brain, I couldn’t get rid of it, I needed to hear it, I put it on my phone as I stretched.

And just like with the albums of yore, “California Soil” slipped into “Baby It’s You,” not the old sixties nugget but something brand new. And “Baby It’s You” was more upbeat, more optimistic, and I got hooked on that too.

Honestly, I discovered “Hallucinate” from a playlist this guy sends me, there’s always one or two good tracks. But I was reluctant to mention that for fear I’d be inundated with recommendations from people whose taste is suspect.

But what would my audience think of what I was into. I knew I’d be judged, negatively. That’s just how it is.

But then I read Mark Richardson’s article in the “WSJ” and I realized just like in the sixties, it’s about letting your freak flag fly. You can feel comfortable being into what you are. It’s those stuck in major label/Spotify Top 50 land who are suffering, who are left out, as well as the rockers who cannot be open to a synth, to a new sound, their ears are closed.

The “Future Nostalgia” “Hallucinate” has 93 million listens. The YouTube clip has 32 million. The Tensnake remix doesn’t break a million on either platform. It’s like it doesn’t even exist, yet I’m hooked on it, it’s superior to all the other iterations.

“Hallucinate” is the most streamed track from “Future Nostalgia” in the U.K. But in the U.S…CRICKETS!

These are the numbers the acts of yore bitch about, that they’re not getting paid enough for. But London Grammar knows all the money is not in streams, but fans! Who’ll come to see you live, who will invest in the act’s culture, irrelevant of whether the band ever breaks into, probably doubtful, the Spotify Top 50. And chances are London Grammar fans never ever listen to Top Forty radio, never. Chances are they don’t listen to terrestrial radio at all!

So I’m wandering in the wilderness just like everybody else, assuming you haven’t given up as a result of the tyranny of choice and the labels and the complicit media hyping a very narrow sliver of what’s available.

This is the new world. We are never going back to a monoculture. There are more genres, more sounds than ever, we just need a way to establish coherence, expose those who are interested in what they very much might like. 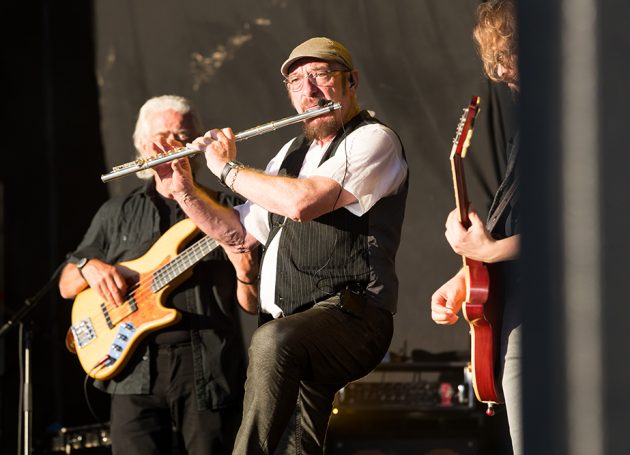 Thick As A Brick

Guide To Getting Music Featured In Video Gaming Channels