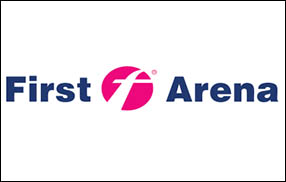 ELMIRA, NY (CelebrityAccess) — Chemung County officials are seeking a new owner for the financially troubled First Arena. The catch is they have to buy the facility before they can sell it.

According to the Elmira Star-Gazette, County officials are confident that they can find a buyer for the arena in the next two months and at a meeting on Tuesday approved a recommendation to solicit formal requests for proposals.

Chemung County Executive Tom Santulli told the Star-Gazette that while a request for bids has not been issued, there are already three or four "solid prospects" interested in acquiring the property.

The arena, which first opened in 2000 and which serves as a home to the ECHL ice hockey team the Elmira Jackals is currently owned Elm Arena LLC, but operated by the IDA, who took over in April, 2016. While events at the venue are popular, the Star-Gazette reports that the arena is losing $600,000 a year.

The county, through the public benefit Chemung County Industrial Development Agency, a New York public benefit corporation, will seek to acquire the venue by paying off its' $2.2 million mortgage with Chemung Canal Trust Co. The Star-Gazette reported that the bid solicitation will list an asking price of $8 million, but said that Santulli expects the actual resale price to be closer to 2.5 to 3 million.

"I've sat here for 16 years watching this place being mismanaged," Santulli told the newspaper. "We don't want government paying for it while others operate it, not worrying about money. It's not 'Let me run the place and send you the bill.' No way, no how." – Staff Writers