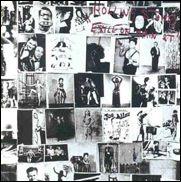 NEW YORK (CelebrityAccess MediaWire) – Eagle Rock Entertainment in association with Denny Somach Productions has announced completion of The Rolling Stones Thanksgiving Banquet, a one-hour radio special to coincide with the release of the concert film, "Ladies & Gentlemen…The Rolling Stones" which dropped on DVD and Blu-Ray in October.

The radio program will include recent interviews and classic archival material from the Rolling Stones. It will also feature for the first time on radio, never before available live music from the 1972 "Exile On Main Street" US tour.

Considered one of the most sought after Rolling Stones concert performances, it has been fully restored and remastered from the original film print and multi-track audio masters.

The line-up for this show comprised Mick Jagger (vocals), Keith Richards (guitars), Charlie Watts (drums), Bill Wyman (bass), Mick Taylor (guitars) with Bobby Keys (saxophones), Jim Price (horns) and Nicky Hopkins (piano). Ladies & Gentlemen was billed at the time as “…the most powerful rock film ever made” and many fans proclaim it to be the finest Rolling Stones performance ever captured on film.

The radio program is produced by Denny Somach for the Classic Rock Society of America. It will be made available commercial free to local stations. Exclusive web content of the Rolling Stones in concert will also be available for streaming on affiliates web sites.

For more information regarding the radio program and availability in their market, stations should contact Jody Best at Best Bet Promotions at 661-263-1265 or email bestbetpromo@pacbell.net – CelebrityAccess Staff Writers