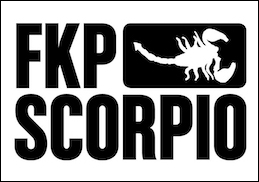 The new company, FKP Scorpio Norge AS, will be run by Torgeir Gullaksen, who started Goldstar AS 12 years ago, as executive director.

The national promoter Goldstar AS has been organizing concerts with renowned artists like Queens Of The Stone Age, Bon Iver, The XX, Radiohead, Biffy Clyro, Arcade Fire, Band of Horses, Sigur Ros, Arctic Monkeys, and many more, in Norway.

Goldstar AS will end its 12-year run and all employees will become the new Norwegian team for FKP Scorpio.

"For many years Goldstar has been putting on quality shows around Norway, but of course, we’ve noticed that it’s harder and harder to be small and independent. In FKP Scorpio we have found a partner who is a big player but has kept its indie mentality over all those years. So we’re very happy to be able to continue doing what we love and do best, but now as part of a large European company with similar values to our own," says Torgeir Gullaksen, founder of Goldstar AS.

FKP Scorpio was founded in 1990 and is one the of the largest players in the live music business in Europe. Norway will be the seventh office in Europe, following Austria, Sweden, the Netherlands, Denmark and Finland and the main office in Hamburg, Germany.

"Norway is a fantastic country with a very vivid live music scene. Since Torgeir and his team have been reliable partners for us over many years, it feels like the natural next step to establish FKP Scorpio Norge together. We share the belief that professionalism and trustworthiness build strong relationships – with artists, fans, managers, venues and everyone we work with," says Folkert Koopmans, CEO of FKP Scorpio.

FKP Scorpio has grown to be one of Europe’s biggest live promoters while staying true to the indie roots that inspired managing partner Folkert Koopmans to found the company 27 years ago.