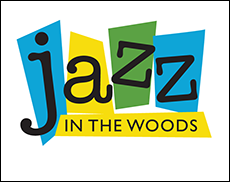 OVERTON PARK, KS (CelebrityAccess) — Organizers for Kansas City’s annual Jazz in the Woods announced that 2018 edition of the long-running festival had been canceled due to a lack of funds.

Organized by the Overland Park South Rotary Club to benefit children’s charities in greater Kansas City, the event has taken place for 28 years and raised over $1.5 million for the benefit of Growing Futures, Sunflower House and the Future of Hope Fund.

In a statement published on their website, organizers wrote:

“It takes over $200,000 to produce this annual family-friendly music festival. Every year, our club and its volunteers work tirelessly to design and deliver the largest musical event of its kind in Johnson County by bringing in top-notch performers and vendors. We are so thankful to you, our supporters, for helping us to keep the music playing.”

“Unfortunately, our club was unable to solidify the funds we need to provide the high-quality experience our community deserves.”

In an interview with the Kansas City Star, club president Theresa Jones said the decision to pull the plug on the festival is hopefully a temporary measure and said she hopes the event will return in 2019 if they can secure a major corporate sponsor.

The festival started in 1989 as a small event with a handful of local jazz musicians. The next year, the Rotary took the event over and developed it into a much larger event, drawing nationally recognized artists and upwards of 40,000 jazz fans for across the three days of the fest.

In recent years, however, the audience for the festival has diminished, with annual attendance figures in the 10,000 range. As well, while the festival started as a free event, but last year, the Rotary started charging a nominal ticket fee of $5 dollars for adults.