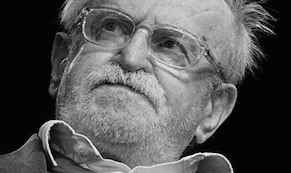 Mick Jagger once said of him, "Fritz Rau is everyone's fairy godfather." Al Jarreau referred to him as "everybody's papa."

Rau was born on March 9, 1930 in Pforzheim (Baden Würtemberg). He first studied law in Heidelberg before deciding, due to his love of jazz, to exchange law for the concert business. In his biography "50 Years Backstage – Memories of a Concert Promoter," published in 2005, Rau describes his decision to leave his job as a lawyer and become concert promoter: "Now the world has one less lawyer and one more ticket-seller."

In 1989, Rau's concert agency Lippmann + Rau merged with the agency Mama Concerts, founded by Marcel Avram, to become Mama Concerts and Rau. In 1998, Ritz Rau founded the Fritz Rau GmbH. Since 2001, Rau worked as independent producer and tour-promoter. In the last few years Rau was very often on stage himself, delivering lectures on the blues as well as autobiographical speeches.

Among his many awards, Rau received the highest decoration in the German Federal Government's order of merit in 2002, and the Live Entertainment Award (LEA) in 2007, in recognition of his lifetime achievements.

Years ago, Fritz Rau told Billboard, in Hamburg: "I have always treated artists like my children. I have always told them what a value they are. Most of them believed me, the others believed that they needed more money. Nevertheless we all stayed friends."

Speaking on the death of the association's honorary member, Prof. Jens Michow, chairman of the German Federal Association of Tour Organizers, told Billboard, in Hamburg, today: "Fritz Rau was one of the first to bring jazz, the blues and rock and roll to Germany after the war. In his more than 50-year career, Rau, who held a degree in law, promoted stars ranging from Duke Ellington to Jimi Hendrix, from Marlene Dietrich to Madonna. He didn't want to be merely a tour manager but also a genuine friend to the superstars. At the same time, he always had an ear for young artists."

He leaves behind two children.