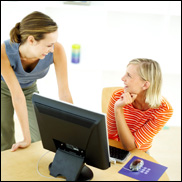 NEW YORK (Hypebot) – Think that music is a man's world? As it has in many other ways, the internet is leveling the playing field, at least for female fans. A new Nielson NetView study showed that in August, women made up 56.1% of the traffic to music sites or 42.5 million unique female visitors.

The female traffic is not just teenage girls scouring sites for the latest on the Jonas Brothers. Women 35-60 make up about 1/3 of visitors to music sites; with women ages 35-49 making up the largest group. More than 14.5 million women within that demo visited online music sites in August or 19.2% of all male or female visitors to music sites during the month.

Women Want To Learn Not Listen

Less than a fifth (15.6%) of U.S. females 18 or older said they purchased music online within the past six months. Another 16% said they bought a music offline during the same span, per Nielsen@Plan Fall 2009 Survey. Only slightly more than 8% of women watched or listened to music online.