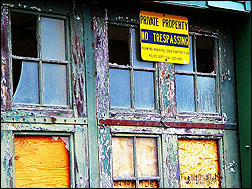 NEW YORK (CelebrityAccess MediaWire) — After Rudy Guiliani's 1990s war on nightlife in New York and after the grim toll reaped on Manhattan's night clubs by rising real estate prices, at least some people are taking a different approach to live performances in the Big Apple.

This new breed embodies a D.I.Y. ethos that has long been the hallmark of the New York music scene, be it from the punk aesthetic of the Ramones to the underground warehouse parties of the 1990s and this new brand of promoter is making strides in continuing this tradition.

Todd Patrick, known professionally as Todd P has been at it for six years now. His events, promoted through word-of-mouth and on websites/blogs have been described by the New York Times as cheap and on-the-fly but also genuine.

"Because the idea is about D.I.Y., I like to show the strings," Patrick told the NYT. "I want people to come to the show and see me build the P.A. system, see that there’s nothing glossy about what we’re doing. I think alternative venues are a great way of doing that. It just kind of throws it off. If a club is the "appropriate" place to see music, why do people have so much more fun in a warehouse?"

The events are low cost, rarely over ten dollars. Patrick keeps his overhead down by doing most of the work himself, with just a little help at the door and of course with the performing. He also doesn't limit himself to traditional venues, even for the underground scene, with shows taking place in the usual places such as local eateries, warehouses, lofts and in more out-of-the-way places as well, such as old oil silos and even parking lots.

Its not just bands no one has heard of either. Bands like the Yeah Yeah Yeahs, Oneida & Trans Am have all played at shows promoted by Patrick.

"We hardly play small venues anymore, but this one is definitely special and personal," Ms. O, the lead for the Yeah Yeah Yeahs told the NYT after a recent show in a converted warehouse in Brooklyn. "My favorite kind of party to be at or show to see is a house show. This is as close as you get."

Will Patrick be able to scale his operation however, or if he even wants to, remains in question. He's done well so far by promoting to people in the know, but lately several high profile articles in the NYT, the Crier and the Columbia Spectator might provide enough publicity to change that equation but for now, Patrick represents one of the hottest trends in town. – CelebrityAccess Staff Writers