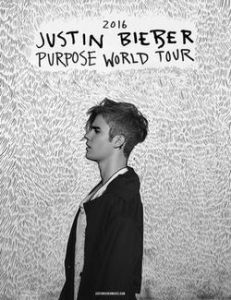 Used to be you went on the road to promote the record.

Now you go on the road to make bucks.

Now let’s not make this about Napster, or Spotify either. The truth is if you’re winning on the road, you’re making more dough in adjusted dollars than you were in the heyday of CDs. Sure, you’ve got expenses, but have you looked at ticket prices? And sponsorship?

But the road is a slog. It’s like entering a tunnel. Ask me to go on the road and do the same thing 150 times in a row and there’s no way. What’s worse, even if you’re flying private, staying at the best hotels, it’s a grueling lifestyle. You get off stage and you can’t calm down. Oftentimes you’re with the same people you’ve hung with for years, and you’re not a star in their eyes, it’s all locker room all the time, and most musicians got into music to get out of the locker room. Then again, most people plying the boards today are not musicians.

This is not the Allman Brothers changing it up every night.

There are lighting cues and backups on hard drives, it’s more akin to a Broadway show, but at least on the Great White Way you get to stay in one place and the people come to you.

Which is why Vegas is burgeoning. With tons of infrastructure, it’s a good place for the people to come to you. Instead of moving on to a new city every day.

And it killed Chris Cornell too.

Cobain was in pain, his team should have said no go. But never mess with the power of money.

And do you really think that Cornell wanted to go on the road and play theatres? After playing arenas? No, he was doing it for the bucks.

I’m not saying there isn’t a high, just that the other 22 hours of the day are long and tiring and you never get enough sleep and…

My most creative time is around midnight. Do you think I can fall asleep after writing? Absolutely not, I’m trashed today. But I run on inspiration and you’ve got to follow it. Which is why music is not a 9 to 5 job, why the musicians work late at night and wake up at noon. They live in an alternative universe, different from the hoi polloi, I love when it gets dark and the e-mail stops, when the traffic is gone and the world is my own. You’ve got to throw off convention to upset the apple cart. What I mean is art, when done right, not only reflects society, it questions and changes it. Which is why people want to go to the show anyway. To experience that high, to get close to the other, to get away from their mundane, humdrum lives.

A working stiff gives it their all and comes home at 6 or maybe even 7 or 8. And sure, in this connected world they might get disturbed thereafter via electronic communications. But an artist? They’re firing all the time, from peak to peak, weekends are no different from weekdays, and when they show up to perform, they’ve got to be in top form. There are no off days when you’re a performer, string them together and your career is trashed.

So, artists cope with dope.

There’s all this talk about substances and inspiration. More it’s a way to cope, to fall asleep, to calm down after the adrenaline rush. Performing a show is like skydiving. You’re never completely calm, you’re always gonna get that rush.

So Bieber goes around the world satisfying fans and feeding the machine, making money. But it’s work. It’s not some investor sitting at home watching the market, counting their money. You’ve got to get up and do it again. And you can’t be a pretender. You’ve got to give it your all.

And it becomes too much.

A friend of mine toured with U2 and it took a year to recover. Truly.

It’s great that these people can make so much money, but if you don’t think there’s a cost…

How much money do you need?

Well, in a world where titans fly private and own islands, everyone is envious, especially those on the fringe of that number, like entertainers. They’re exposed to it, they want it. As do the percentage players, the managers, and the agents.

Sometimes you’ve got to say no, to save yourself.

History is littered with acts that gave it all and then ended it all, whether directly or through misadventure.

Now if you want to go on the road, improvise, get drunk, get laid, see it as an experience, go ahead. Used to be by going to every town you reached people and spread the word, built your career. Most acts today build their careers online, the road is just a cleanup effort.

So kudos to Scooter and Justin for calling it quits.

The public be damned.

There’s never enough to satisfy the public. They want all of you, until there’s nothing left.