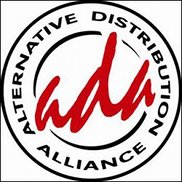 Orleans will not inherit Wolk's other title as CEO and will instead report to Mike Jbara, President and CEO of WEA, WMG’s U.S. Retail Sales and Marketing division. Wolk will remain at  as a consultant into 2011 to help with the transition.

Orleans was one of ADA’s first employees. He joined ADA as West Coast Sales Manager shortly after its creation in 1993 and, in 1997, was named Director of Marketing. Through the next 11 years he held a series of senior positions in the company’s marketing department, including his most recent position as SVP.

“The time has come for me to explore the next chapter in my career.” said Wolk in statement.  “It has been a great challenge and pleasure to organize the current ADA team and to personally develop the ongoing senior management structure. David is the obvious choice to lead ADA, not only because he has been with the company from the beginning, but also because he helped create the core values that define ADA."