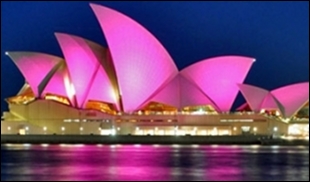 SYDNEY (VIP NEWS) — The Australian collecting society APRA has issued the report, entitled "The economic contribution of the venue-based live music industry in Australia," which covered the polled live venues across the financial year 2009-10.

The bottom-line figure of $1.21 billion Australian includes ticket sales and revenue from food and drink, and the staggering statistic that an estimated 41.97 million patrons attended shows during that period. In real terms, that figure would mean every man, woman and child in Australia would have attended almost two shows in those 12 months of the reporting period.

Surprisingly, the lion's share of revenue came from gig goers' spending on food and drink. Just one fifth of the total dollar figure came from ticket sales, with the remainder (83.3%) driven by food and drink purchases at the show.

The study was collated by accountancy giant Ernst & Young and commissioned by APRA|AMCOS in conjunction with the Australia Council for the Arts, Arts Victoria, Arts NSW and Live Performance Australia (LPA).

For the sake of this new survey, Ernst & Young largely pulled its primary data from on-line surveying of live music venues, consultation with venue owners and operators, and information provided by more than 300 of APRA's licensed clubs, restaurants, bars and nightclubs. An "estimation approach" was then applied.

All up, some 328,000 venue-based live music performances were found to have played across 3,904 venues last year.

On a state-by-state basis, New South Wales (32% of industry output) is the largest contributor to the venue-based live music industry, with Queensland (24%) a surprise second-place getter ahead of Victoria (22%).

In other revelations, "rock and pop" was the No. 1 genre (38.5%) of live music, more venues book musicians in-house (36.6%) than through an agent (22.4%), and Friday nights were slightly more popular than Saturday nights for staging gigs.

Industry lobby groups will use this study to push government for stronger support. One publication of the report, the Save Live Australian Music (SLAM) body reiterated its call for a national live music officer to act as a centralized point for research, information and advice.

Music Victoria CEO Patrick Donovan tells Billboard.biz the report is "long overdue and will help inform the national regulatory framework and policy direction of governments." The industry, he adds, "will be seeking funds to undertake a similar report biennially so the industry can measure any changes or trends."

It's not the first time a value has been attributed to Australia's thriving live sector.

According to a separate study published last year entitled "The Size and Scope of the Live Entertainment Industry," Australia's broader live entertainment industry was found to have generated $1.88 billion Australian in revenue back in 2008.

The "Size and Scope" study, also prepared by Ernst & Young, was published by Live Performance Australia in June 2010.