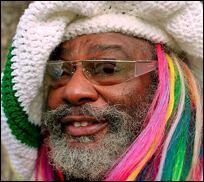 SAN FRANCISCO (VIP-NEWS) — George Clinton won`t be able to stop a court-appointed receiver from selling "One Nation Under a Groove," "Hardcore Jollies," "Uncle Jam Wants You" and "The Electric Spanking of War Babies."

On Monday, the 9th Circuit Court of Appeals affirmed a ruling authorizing the sale of the master sound recording copyrights to satisfy a debt owed to Hendricks & Lewis, the funk pioneer`s former law firm. Although the appellate court`s opinion specifically addresses Clinton`s situation, it touches upon a controversial copyright topic—works made-for-hire—that will likely have music industry lawyers examining closely.

Throughout the years, Clinton has been waging a legal war against those he believes have forged various agreements and denied him control over both his song rights and the ability to sue over them. His attention of late has focused on Hendricks & Lewis, which represented Clinton between 2005 and 2008 in an effort to pursue RICO actions and other claims against those he once did business with.

The law firm billed Clinton more than $3.3 million for its work, was paid some of it, but claimed nearly $1.8 million due. An arbitration commenced to secure the debt, and later a Washington district court confirmed the arbitration award and entered a judgment. Thereafter, the parties fought more with Clinton accusing the law firm of malpractice, and Hendricks & Lewis counterclaiming for an order authorizing the sale of Clinton`s songs to satisfy judgement.

After a judge gave the blessing for the sale, Clinton appealed, arguing that the Copyright Act precludes the sale. Specifically, the musician pointed to a provision of copyright law (§201), which protects individual authors from the involuntary transfer of their copyrights. The provision, though, only protects such authors when the copyright has not previously been transferred voluntarily.

That`s where the "works made for hire" issue comes up.

Freelancers and those being contracted by companies often agree to hand over rights. If a work is made for hire, it`s the employer who is considered the statutory author. The subject has been a hot one in the music world, where some artists are attempting to terminate copyright grants. But if the musician has agreed to produce music as a work-made-for-hire, they aren`t really the "author" as far as the law is concerned and don`t enjoy termination rights.

Here, Clinton is said to have made agreements in the late 1970s with Warner Bros. on his sound recordings. The recording artist was explicitly "deemed [Warner Bros.`s] employees for hire" and later, the record label registered the masters as "works made for hire" at the Copyright Office.

Looking at all this, 9th Circuit judge Morgan Christen writes that it "supports H&L`s argument that… the district court could reasonably conclude that Warner Bros. was the initial author and owner of the Masters, and the protection afforded by § 201(e) is unavailable to Clinton."

Note: The italics are ours, because the federal appeals court comes very close to addressing the issue of whether sound recordings can be works for hire. Judge Christen`s line could soon be used by record labels fighting off termination notices from artists, who like Clinton, don`t believe their master recordings were created as works for hire.

Clinton has more arguments why his sound recordings shouldn`t be treated as works for hire, and maybe fortunately for other musicians, the 9th Circuit doesn`t do any further analysis. Instead, the 9th Circuit says that Clinton`s "argument fails because even if the Masters were not originally `works for hire,` § 201(e) protection does not apply where a copyright was previously `transferred voluntarily by that individual author," referring to Clinton`s dealings with Warner Bros.

The appeals court circuit also declines to get into the nitty gritty of the termination provisions of copyright law — something we`ve highlighted could be going up to the Supreme Court soon. In the opinion, Judge Christen also says that Clinton may raise claims of fraud on the part of Hendricks & Lewis, but then quickly shoots down such allegations as being without merit.