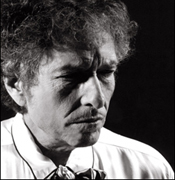 STOCKHOLM, Sweden (CelebrityAccess) — After a six month delay, Bob Dylan will finally accept his his Nobel Prize for Literature in Stockholm this weekend, the academy has announced.

Dylan, who was nominated for the prestigious prize last year, declined to turn up for the presentation, or to deliver the lecture that is required to receive the cash prize of almost $1 million and instead sent fellow folkie Patti Smith in his place.

The academy said it would hold a private meeeting with Dylan in Stockholm, while is in town for a pair of concerts. The Academy said Dylan would not deliver his lecture in person but instead, it would be taped in advance. Dylan would have forefeited the cash prize if he did not offer his lecture by June.

"The good news is that the Swedish Academy and Bob Dylan have decided to meet this weekend," Prof Sara Danius, the permanent secretary of the Swedish Academy wrote in a blog post. "The Academy will then hand over Dylan's Nobel diploma and the Nobel medal, and congratulate him on the Nobel Prize in Literature." – Staff Writers