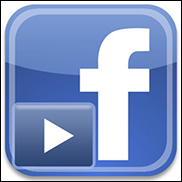 (Hypebot) – In a follow up to their realization that they had accidentally been inflating a key video metric, Facebook recently revealed that were several additional audience metrics which have been being miscalculated, although the fixing of said metrics will likely be a huge benefit the metrics and marketing industry.

Back in September, Facebook issued a mea culpa when it realized it had been accidentally inflating a key video metric for over a year. Now, the company has turned up several more audience metrics that were being miscalculated:

The company publicly disclosed on Wednesday that a comprehensive internal metrics audit found that discrepancies, or “bugs,” led to the undercounting or overcounting of four measurements, including the weekly and monthly reach of marketers’ posts, the number of full video views and time spent with publishers’ Instant Articles.

Facebook is always quick to add that last part, of course — and it's technically true, though the indirect impact of performance metrics on how much publishers are willing to spend on Facebook ads is somewhat harder to be sure about. But what's more interesting is Facebook's plan to fix and improve the metrics going forward:

For starters, Facebook will provide viewability data from third-party metrics companies like Moat and Integral Ad Science for display ad campaigns. Previously, this data was limited to video campaigns.

… In addition, Facebook said it is working with Nielsen to count Facebook video views, including both on-demand views and live viewing, as part of Nielsen’s Digital Content Ratings metric.

… Lastly, Facebook said it plans to form a Measurement Council made up of marketers and ad agency executives, and will also roll out a blog to more regularly communicate updates about measurement.

Well, one thing is clear: fixing Facebook metrics is going to be a huge boon… for the metrics and marketing industries. Big new contracts for metrics companies! Executive jobs on Facebook's new council! A new strut to prop up the ersatz monster of Nielsen ratings! Millions of dollars will be spent fixing and refining these metrics — which Facebook emphasizes are only four of over 220 it collects. Wow, 220! But online advertising still almost universally sucks, so you'd almost think the quantity of metrics isn't helping, and might even be optimizing in the wrong direction…

So what exactly are the benefits for publishers and users going to be? Is advertising going to improve in quality? All the pressure on Facebook over this has come from marketing agencies, advertising networks and other tracking and metrics companies. And they're the ones who are still complaining, since Facebook still doesn't plan to allow ad buyers to add third-party tracking tags as some, like GroupM (the world's largest advertising media company), have called for. But given how ultimately useless such metrics generally turn out to be, here's my question: do these companies actually know or even care if any of these things improve the efficiency or efficacy of advertising's ultimate goal — connecting consumers with products they want and generating a positive return on investment for advertisers — or does that not really matter, since they can profit just by showing clients fancier charts with more numbers and boasting about more elaborate tracking mechanisms in a whirlwind of marketing-speak about their new, revolutionary approach to serving everyone the same damn ad for a Thai dating website?

I know what I think. But hey, just because a castle is built on sand doesn't mean Facebook can't pay for a few new towers, right?