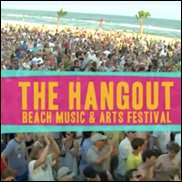 According to story posted on All Alabama, Zislin sought thre points of access to the shoreline, allowing 150 people per access point to visit the shore. Each access point would have an area of water cordoned off by buoys and be overseen by three lifeguards. Zislin characterized the need for beach access as a key to the long-term survival of the festival.

The City Council however, did not agree and declined to grant expanded access to the beach, instead offering just one access point with a capacity of 100 people, citing safety concerns.

Zislin says that he was surprised by the City Council's decision.

"For you guys as politicians to sit there and scale that back and say no we’ll just give you one. Why?," Zislin asked. "What reason can you guys give us that work at this year-round, invest millions of dollars into this event, and try to create the best event in the world? You know you all took a huge leap of faith in political bravery with us four years ago. And guess what? It paid off."

The request for expanded beach access was made as a part of a package of changes to the festival, the fifth edition of which is set to take place from May 16-18 at the city’s public beach. Other approved changes included moving one of the festival stages, authorizing simulatenous performances on multiple stages and a new Viacom Broadcast Center at the beach. – Staff Writers