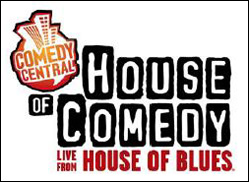 LOS ANGELES (CelebrityAccess MediaWire) — Live Nation has expanded their partnership with Comedy Central with the announcement of a new, branded, monthly stand-up comedy showcase in Houe of Blues locations nationwide. Comedy Central will also tape two one-hour stand-up comedy specials at House of Blues venues with the first being slated for the new Boston HoB on April 16th.

The financial underpinnings of the deal were not disclosed, but the two companies have been partnered since Comedy Central launched its live touring operation in 2003 and staged their first tour, "Comedy Central Live Starring Lewis Black and Dave Attell."

Since then, the partnership has produced tours for numerous stand-up comedians such as Mike Birbiglia, Drew Carey, Dave Chappelle, Stephen Lynch, Demetri Martin, Carlos Mencia and Wanda Sykes. The network's latest tour starring Gabriel Iglesias kicked off in January 2010. According to Live Nation, the partnership has been a highly successful one, garnering the promoter more than a million customers in the past 7 years.

As part of the deal Comedy Central will be integrated throughout the House of Blues venues including on and off stage, show marketing and press, as well as within the retail shops. In addition, the
network will offer its advertisers similar inclusion as the official sponsors of the series. Comedy Central is also planning to create a branded website to support the campaign on Jokes.com. The website will offer information about upcoming tourdates and allow for online ticket sales, which will also be offered through LiveNation.com.

"Comedy Central is one of the most recognizable brands in entertainment and they recognize the appeal and power of the live stand-up comedy happening in Live Nation venues across the country," said Geof Wills, President of Live Nation Comedy. "This deal creates an important platform for us to launch new comedy touring talent as well as showcase established comedy stars in our House Blues venues, expanding on our successful relationship that has drawn more than one million fans to Comedy Central branded tours." – CelebrityAccess Staff Writers