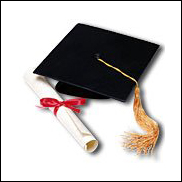 I often wonder what it would be like to go to college today.


When I went to Middlebury, not only was there no Internet, there were no DVDs, and if you were really lucky, you could get one TV channel, with snow. A couple of times a week we'd go to Dana Hall for movies, otherwise we'd study and get drunk.


That's what you did in Vermont in the seventies.


Oftentimes in your dorm room, with the stereo cranked, but usually down at the bar. Fifteen cent beers before 8, and a quarter after that. And if you were feeling really flush, you'd go down to Mister Up's, which doubled as a steak house, and pay a bit more and listen to traveling troubadour Peter Isaacson on Tuesday nights.


You'd get conversation. Argument. And sexual frustration. Sometimes the concoction of loose lips and liquor gave you the gumption to speak with a female, but then you'd run into her on campus and be tongue-tied, it was ultimately like hitting on your sister, and how creepy is that?

Today is completely different. Today we're all wired. Trying to be rich. And famous. Sometimes both, but frequently not.


The poor are looking for fame. Look at 'em sidling up to MTV, so they can go bump asses in bars and get paid to party. And the rich used to be content with their money, but now they want fame too. Nerdom hurts. They buy Ferraris, sprinkle their cash, try to live a high school life they did not.


And the poor ultimately go back to a life of drudgery and the rich just bitch that the hoi polloi wants to ruin their business, stealing their wares online, as if being rich is something immutable, unlike beauty. The actresses all get plastic surgery to try and appear young, but on the inside they're aged, the media barons think they can hold back the sands of time, prevent the erosion of their power, but both are wrong, time marches on, if you've got beauty or power it's only temporary, enjoy it while it lasts.


Corporate recruiters came to Middlebury, but I didn't put on a suit and show up and brown-nose. No one I knew did. Life wasn't about achievement, but experiences. John worked in an auto plant, saving money for a year in Europe. Steve and I went west to Little Cottonwood Canyon to be ski bums. We were going nowhere fast. And the only people who had a problem with that were our parents, who'd made all kinds of compromises so we could live our dreams, but were frustrated we had no safety net.

Everybody wants a safety net today. Everybody's going somewhere. If not getting an MBA, developing an iPhone App. As if everybody could be rich.


But that what the media's selling us. Success. Defined as beauty, riches and fame. You'd think that Perez Hilton was the American cheerleader, pulling down everybody else so he can ascend to his rightful place atop the popularity pecking order. Buff off all your rough edges so you can make it, so you can live fabulously.


What a bunch of crap.


Life is difficult. You can be famous and broke. And if money and success brought happiness, no one in a high tax bracket would commit suicide, and we know that's untrue.


Every day I get e-mail from people begging me to tell them how to make it. How to get noticed, how to be rich and famous, how to live the TMZ lifestyle. Some are even more brazen, they e-mail me their music directly, as if I'm a starmaker who can solve all their problems overnight. Hell, I can't solve all MY problems overnight.


Sometimes I sit at home paralyzed. By a society that tells us to drive headlong towards a cliff, not understanding what's truly going on. Makes me want to check out, move to the mountains, leave this game behind. And that's the mood I was in last night, the last thing I wanted to do was get up from the couch, brave the freeway and interact with people at a club.


But I did. Because I made a commitment. And if you start welshing on your commitments, you're truly screwed, that's when the downhill slide really begins. They say the key to success is showing up? They couldn't be more right. You'd be surprised how many of the wannabe winners don't seem to own a watch, get too frightened when the moment of truth arrives. Like my buddy Daniel Glass once told me, he only hires college graduates not because you learn anything in the ivy tower, but because graduation proves you can COMPLETE something!


Completion. That's what's lacking amongst new acts. They think if they play they're entitled to something. They don't know you could play for decades and never really get much further from where you started, that you could work your whole life and never break through, like James McMurtry.


Sure, McMurtry got the benefit of a major label start. But I'd argue his profile is highest from his latter-day indie work, with "We Can't Make It Here", "Just Us Kids" and "Choctaw Bingo". It's these cuts that are bringing people to the club, and it's not that many.


On a good day, you could fit a couple of hundred people into the Mint. With almost none getting a good sightline. Last night there was a bit of elbow room. Which we needed. To groove, to jitterbug to the sound McMurtry and his trio laid down.

Who knew that McMurtry had become facile on the guitar? Sure, Springsteen plays lead, but most singer/songwriters, the people responsible for the insightful material, play adequately at best, whereas McMurtry was responsible for everything but the bottom, and he was twanging away, singing his songs about life, about desperation all the while.


The media tells us we live in a nation of drivers, of winners.


We live in a nation of losers.


Because by the modern rules if you're not rich and famous, you're a loser. But how many can win? Most of us are losers. Are you willing to own that identity?


Then you would have fit right in last night.


James must have shaved once this month. Maybe not more. His hair was scraggly. But you know he's got women hitting on him, they want some of that insight. Beauty doesn't go as far as you think, we want something inside, that's what makes us stay.


And nobody in the audience would get past the velvet rope at a club on Hollywood Boulevard, but nobody cared. Sure, they wanted to get laid, but unlike the clubsters, they were getting high on live music, not solely on alcohol and ogling.


There were aged dudes in the corner who knew every word.


And a girl in her twenties who looked like she'd made a mistake, had made a wrong turn and ended up here instead of the Lady GaGa show.


Lady GaGa is playing to the very last row. She's just like Madonna, she needs the fame. But how happy is Madge? How much of a pain in the ass must it be to change your outfit every ten minutes? Isn't life about enjoying the ride? If you're working that hard, you're not savoring the essence. And last night was all about savoring the essence.


McMurtry refused to play requests. Why? It just wasn't worth it, to fulfill the desires of the few, sacrificing yourself in the process. You can't go on the road forever for someone else, you've got to do it for yourself.


And whilst tuning his guitar, McMurtry joked that he'd been waiting twenty years for a guitar tech and a tour bus. They're probably never going to come. But he's soldiering on.

This is the music business.


That fame game, where acts snatched the brass ring and ascended into a pantheon of endless success, is an aberration. Whether it be the classic rock or MTV eras. If you've got a lot of mindshare today, you're calculating, sacrificing to get less than ever before. Today you'd better love to play, because that might be the only reward you ever get.


McMurtry's better than he ever was. That's what twenty years will do for you. He didn't give up and go to law school, music was his calling, he stuck with it. More success would not be anathema, but it's not necessary.


So maybe nothing's really changed. We've got Blackberrys, the ability to stay constantly in touch, but we're still human, still lonely, going down to the bar for a night of entertainment.


The difference is in too many venues they're playing records. Or the stage is owned by tribute bands. As if whatever we experienced before is the peak and we can just either imitate it or surrender to fashion.


James McMurtry is not fashionable. But he laid down grooves last night deeper than Timbaland's. Live music, like we used to play in the garage in junior high, only better. You see McMurtry didn't give up, he soldiered on, so he could make us feel fully alive all these years down the line.