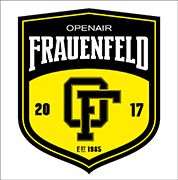 Held annually on the Allmend in the city of Frauenfeld, Openair Frauenfeld is considered Switzerland’s largest music festival as well one of the top urban music fests in the European scene. The festival debuted in 1985 as “Out in the Green” with lineups that included Lenny Kravitz, The Rolling Stones and David Bowie over the years.

In 2004, the festival was transformed with a new name, design and line-up completely to focus on Urban, Hip-Hop and R’n’B artists. Since then, Openair Frauenfeld has featured bills that include Eminem, Jay-Z, Drake, Kanye West and Kendrick Lamar. Last year, over 50,000 fans attended each festival day and the 2017 edition, with headliners The Weeknd, Usher & The Roots, has sold out again.

The financial details of the transaction were not disclosed.

“We are incredibly proud and excited to partner with Openair Frauenfeld, which sees us add one of the world’s finest festival brands to our portfolio. The partnership will give media and our brand partners a unique platform for the Swiss and German speaking markets. We look forward to working with First Event AG to build and grow this unique festival brand, offering an unparalleled festival experience to thousands of fans,” says Andre Lieberberg, President of Live Nation GSA.

“This partnership demonstrates the strong commitment and substantial presence of Live Nation in the Swiss market. With our Openair Frauenfeld cooperation we are now part of the Swiss festival landscape in addition to the remarkable volume of successful stadium, arena and club shows,” comments Ralph P. Schuler, Managing Director Live Nation Switzerland.