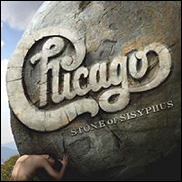 NEW YORK (CelebrityAccess MediaWire) — Chicago fans have a reason to be happy as their legendary album "Stone of Sisyphus" finally hits store shelves after spending more than 14 years in mothballs.

Originally planned for a March 1994 release, the album was dropped and the subsequent lack of a coherent statement from the band as to why, followed by the sudden departure of guitarist Dawayne Bailey from the band led to rampant speculation among fans. At the time, the band's label Reprise, claimed that the album lacked "commercial appeal."

Recently however, sources have indicated that the real reason for the album being shelved was due to the ongoing negotiations between the band's management and the label over Chicago's extensive back catalog. After talks had broken down, so the story goes, Reprise shelved the album as a bargaining tool or as retaliation.

Since then, quite a bit of the material from the aptly-named album has seen the light of day, either in the form of bootlegs, the Internet or as tracks included on Chicago comps but the latest release will be the first time all of the material is commercially available as a single release. – CelebrityAccess Staff Writers