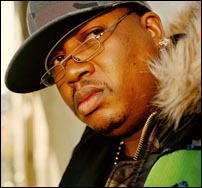 VISALIA CA (CelebrityAccess MediaWire) — The city of Visalia and the Visalia Emergency Aid Council have each paid $17,500 to concert promoter Bonnie Gomez-Thompson and her attorney, Douglas Hurt in the wake of a canceled 2006 rap concert

The benefit concert called "Hip Hop for Hunger" was to feature a performance from rapper E-40 at the Visalia Convention Center, however the charity, Visalia Emergency Aid canceled the event after police expressed concerns about the lyrics they had seen on E-40's website. According to the Fresno Bee, the assistant police chief told the promoter that she should consider booking a a country act that "redneck audiences" would enjoy. He subsequently issued a public apology.

Following the cancellation, Gomez-Thompson sued the city, claiming that the city had caused harm to her concert promotion business. Her lawyer told the Bee that she had eventually moved out of the region.

After the judgement, Gomez-Thompson returned $7,500 to Emergency Aid.

"It wasn't about money," her attorney Doug Hurt told the Bee, "She was trying to vindicate herself." – CelebrityAccess Staff Writers